It’s been another fun week at City State Entertainment™, capped by, of course, the reveal of the next trio of classes for Camelot Unchained™. We’ve got a lot to talk about, so let’s get started.

First, the votes are in, and the winner is F, the Archer Trio. Archers are one of the more difficult trios, in terms of conveying how they are going to be effective in the game, while sticking to our plan of having non-mirrored classes. At a minimum, we are using differences in the type of ammunition, power of bows, camouflage abilities, and other factors to differentiate them, but we are also using some major differences in playstyles. If you look at the class descriptions here (http://camelotunchained.com/v2/class-reveal-archers/), you will see that the Viking Archer is not just a long-range damage dealer, but also an adept skirmisher. The Arthurians may have, in some ways, the most powerful bows, but the Tuatha Dé Danann archers have a strong crowd control element in their quivers, as well as the ability to call on their trees to aid them in both combat and with ammo. Pretty cool, eh? As per above, and as always, these Archers are truly non-mirrored classes.

Secondly, the next-to-final samples arrived for our t-shirts and sweatshirts swag! As you can see from the pictures below, they came out great. We’re going to tweak them a little bit, but after that, they are good to go! Yes, I know, we’ve been talking about this for a while, but in an upcoming presentation, we will be talking in detail about why we have taken our time, and why all Backers that want some swag are the beneficiaries of our approach. Enjoy the pictures, and know that no team members were harmed in the making of these photos. 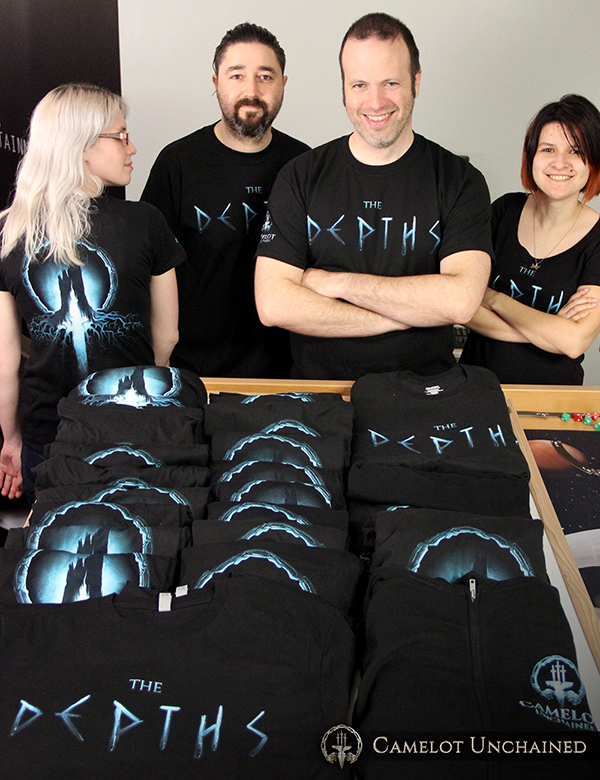 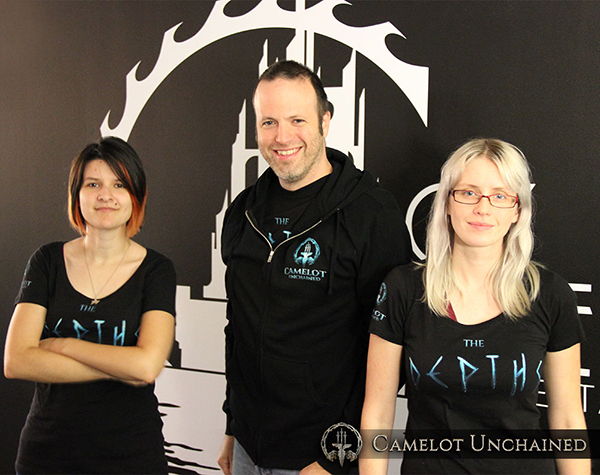 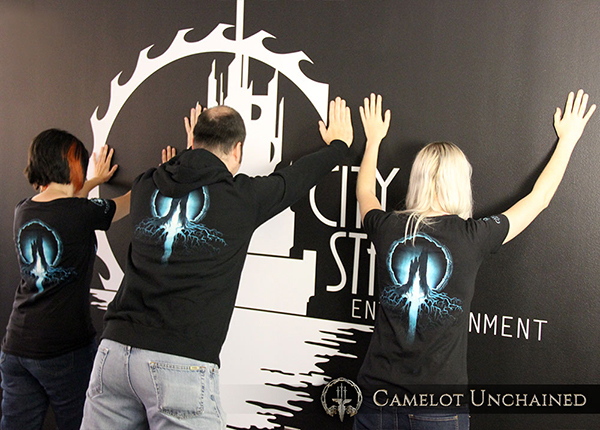 Thirdly, it has been a great couple of weeks in terms of user stories. Not only did we knock a lot of items off our list, but in the process, we also crushed some long-standing and annoying bugs! I’ll turn this update over to Marc H. and let him explain it:

“During our Alpha and Beta play weekend that grew out of our Friday Night Fights, we noticed a small and consistent set of customers were occasionally not able to respawn. Often, early in development, it’s common and easy to just file a bug report and then have it languish around until post-launch, but since it was a new, uncharacteristic behavior, we wanted to look at it sooner rather than later. This approach catches issues faster, and gives you more confidence in the code and a stronger base to build on.

So Tim and I dove in and narrowed down where the issue was. It’s good to start with the assumption that it’s an issue in your own code, but we quickly found it was not. Through the help of our Backers, we added logging, and ran tests to find out that some device either on the user’s local network or on the ISP between our client and proxy was closing the connection, even though our code still wanted it open.

At this stage, a lot of companies would place this small bug in their bug database, since the bug affected a tiny portion of their user base, was not a bug in their code, and had an easy workaround. However, CSE is different, and since I very strongly suspected it was an aggressive timeout at the ISP level, I had an idea for an easy fix: Just ping the server on that connection once a second. I implemented this the afternoon we found it, and started testing that night. We then did broader tests the next day, and confirmed it was indeed an aggressive timeout and that the fix worked.

I’d really like to thank our Backers for coming in and testing repeatedly at a moment’s notice. First to narrow down the problem with the ISPs, then to test the fix.”

Thank you, Marc! And what’s more, folks, our Senior Network Engineer’s solution ended up potentially fixing at least one other long-standing bug in the code, on top of the respawn bug. This was a double win!

In terms of total user stories update, we had 18 existing cards with 33 completes, and 4 new cards with 23 completes.

As a Developer, I’d like to have the tools and knowledge necessary to create terrain Biomes that change with Realm territory control.
New Terrain Editor allows for hand-placement of assets. – Complete

As a Backer, I’d like to see the world begin to be propped out with generic fantasy items. – Set #4.
TDD medium chest. – Complete

As a Backer, I want to be able to own a plot of land and build within it. – First Pass
Concept art for cornerstones. – Complete

As a Backer, I’d like to see graphical and networking performance improvements, when building and destroying structures.
BuildingMeshProvider – no longer loops over entire structure per material. – Complete

As a Developer, I’d like to work more closely with members of our Community to create the best possible UI for Camelot Unchained, through the Mod Squad!
Prepare a Contributor Agreement for the Mod Squad volunteers. – Complete

As a Backer, I’d like to know about all the smaller enhancements the MOD Squad makes to Camelot Unchained.
Add a “Respawn at home base” option on the respawn UI to facilitate testing. – Complete

As a Sound Designer, I want to customize ambient audio based on dynamic game parameters.
Audio events for multi-part ability animations. – Complete

As a Developer, I’d like to have a strong library of sounds to convey player movement.
Second Pass Sound Assets: Heavy armor movement foley. – Complete

As a Backer, I’d like the movement sounds of my character to convey the gear I’m wearing, my race, as well as the environment I’m in.
First Sound Pass: Equipped heavy armor gear sounds. – Complete

As a server Developer, I would like the user proxies to dynamically scale.
When picking a user proxy for a user, use the server load metric to pick which user proxy to use. – Complete

As a Developer, I would like easily searchable server logs that are the front line of finding problems.
Setup Elasticsearch + Kibana. – Complete

Again, another great couple of weeks, with lots of effort from the team, including from the newest additions to our programming team. So, whether it is helping with aberrant proxies, or speeding up the client (especially on ATI cards), Marc and George have been making major contributions to the code base.

As we work our way to Beta, we will follow the same format of user stories that we have for many months now. We will also add a new section for what amounts to a Beta checklist. This will have the major game features that we know we need to have working before we can announce the opening of Beta 1. The list can be found here (http://camelotunchained.com/v2/user-stories/) at the bottom of the user stories.

Hmm, it looks like someone else snuck into this update. I wonder who it is? 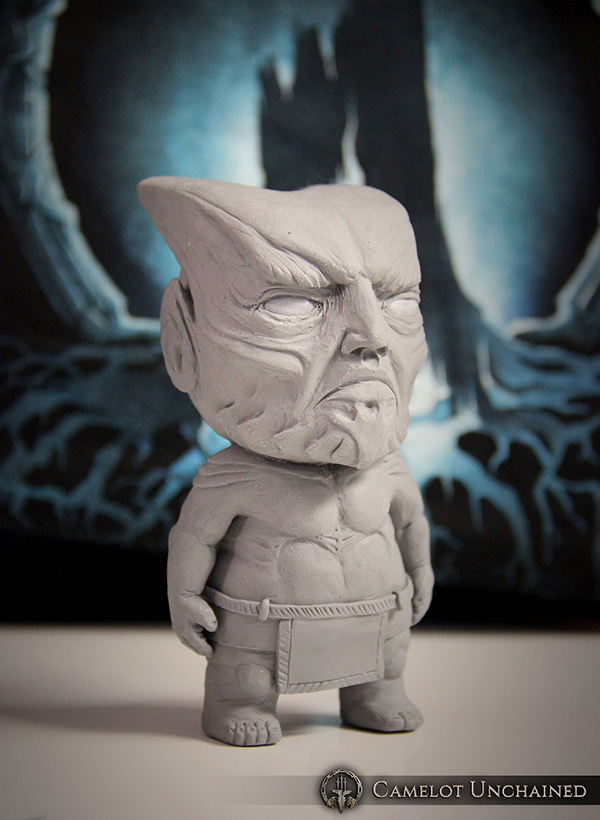 Speaking of things that we will need for Beta 1, among them is, of course, armor. Here are some pretty cool pieces of concept art (and references) of armor sets for all three Realms of Camelot Unchained, done by the always-amazing Sandra. Enjoy!

Next are three pieces, one per Realm, which focuses on the reference materials for each Realm. First up, the Arthurians. 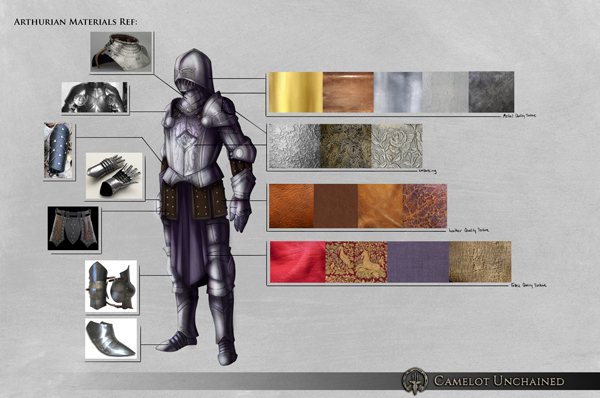 Next, the Tuatha Dé Danann.

And now, the Vikings.

And now, some individual poses. 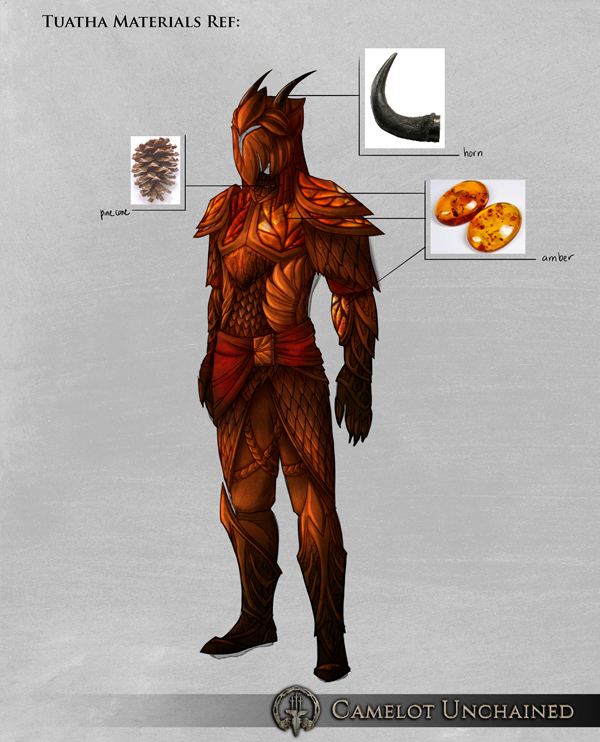 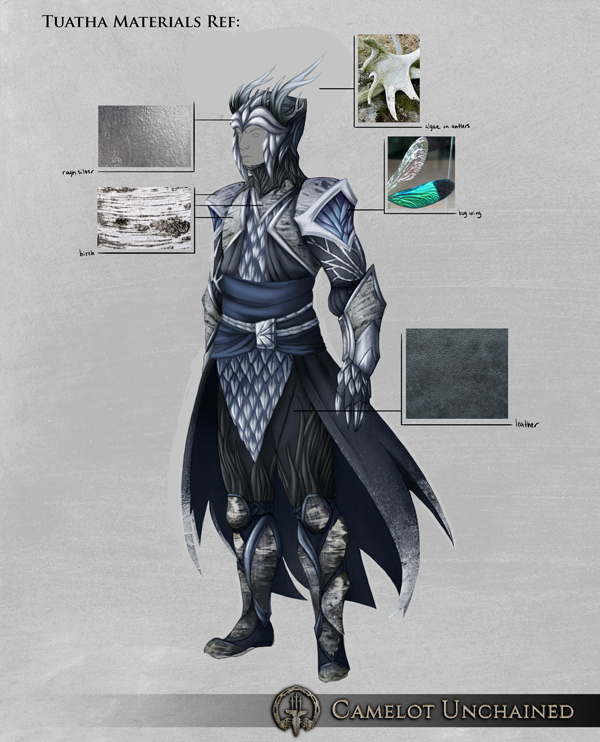 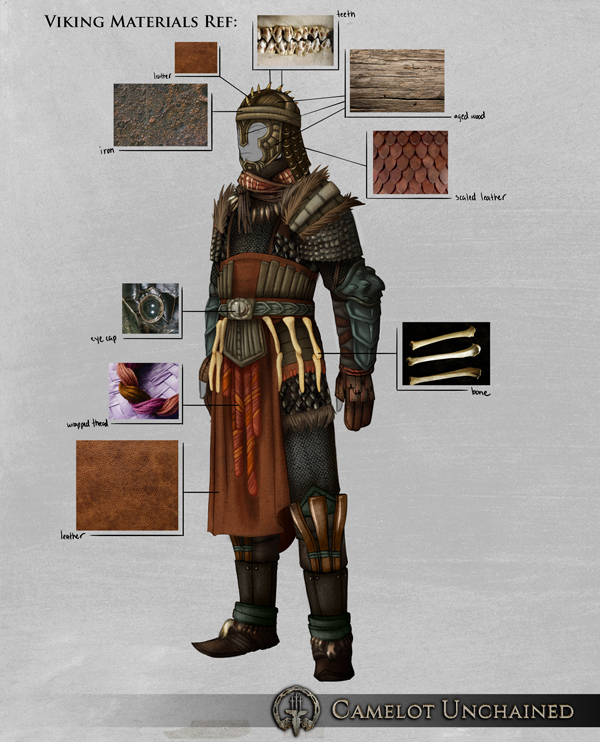 Now, some group shots of the same armor with different materials. 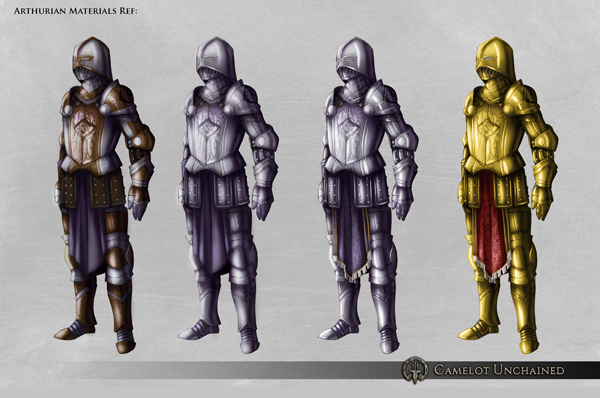 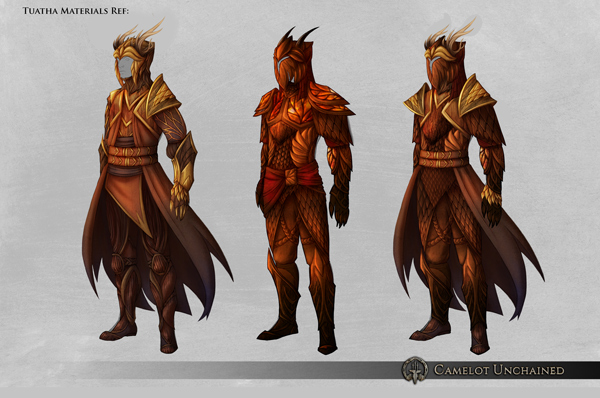 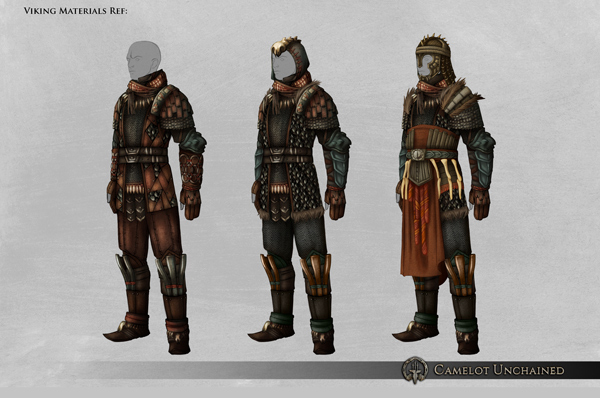 This weekend’s testing will be all about the major bug fixes that we have been working on this week. Hopefully we have squashed these nasty buggers, and don’t have to worry about them again. So, please check your email for information on the testing.

The next survey for voting on the class trio reveal is already out!