Happy Halloween all! Today’s update will be a fairly short because, well, we just released the October newsletter yesterday, and last week we had a large User Story update. If you haven’t seen the newsletter yet, it can be found here (http://us5.campaign-archive2.com/?u=2b70fd18d895dd960141bac55&id=0116320755). However, even with that, there are still a number of things worth covering today.

First, there will be no Friday Night Fights today. We spent a lot of the last two weeks, in the words of studio co-founder and technical director, Andrew Meggs, “ripping off the Band-Aids” on the technical side. Whether it was migrating to Visual Studio 2015, rewriting the game’s memory management system, or migrating our server-code to 64bit, we ripped off a lot of band-aids. All that came at a cost, but it was necessary, and has already begun paying dividends. For example, now that our servers are 64bit, they can now support much larger maps. We’ve also found a bug that had been in the code for a long, long time ago, in a mathlib far, far away. Lots of other benefits as well, and maybe we’ll cover that in a future update.

Second, this weekend we are opening up Hatchery to our Alpha and IT folks for testing the latest and greatest build. This build has the 64bit architecture, new memory management, etc. and lots of other goodies. Hatchery will be open all weekend with this version, pending something bad happening. And considering just how new this build is (like 6:54PM EDT), expect something bad to happen. OTOH, it has been working great for two whole minutes!

Third, we announced the fifth class trio today, and the winner, by only eight votes, was the Scout class. More information on this really unique MMORPG class can be found here (http://camelotunchained.com/v2/class-reveal-scout/). As has always been the case with this game, we are not afraid to take chances with any aspect of its design; and this class is no exception. This tightly focused class allows players to play an important role(s) in RvR, but doesn’t require them to kill other players to do so. Whether it is scouting and/or relaying information about the enemies, defusing traps, or braving The Depths™, the Scouts of Camelot Unchained™ will not only be another non-mirrored class, but their playstyle will be a rarity among MMORPGs.  Think of them like the “undead unicorns” of Camelot Unchained! 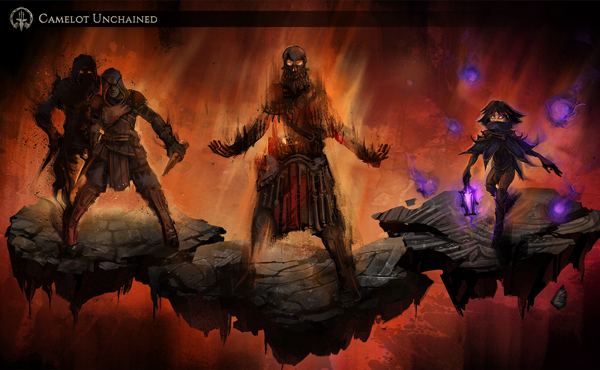 Fourth, work goes very well overall on the game. While it has been another highly fruitful, but painful and necessary week, in terms of programming, and other aspects of our game have been moving along nicely. Two examples of this are hinted at by the pieces of art below. The first is from Jon and Scott, and it shows a Frost Giant in the process of getting fitted for a nice, shiny, set of armor. 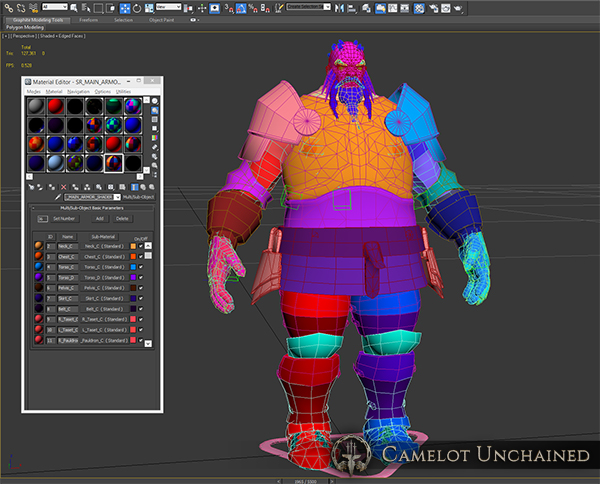 The second piece of art is, well, of a race that is near and dear to the Tuatha Dé Danann. Any guesses as to what the race is? Here’s a hint – “From out of the west and with the speed of light and a hearty hi-yo S…” 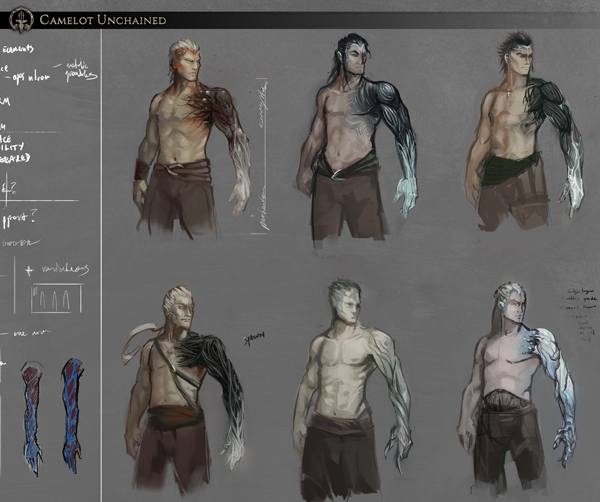 You knew the answer without the reference to The Long Ranger, of course you did! The race is the Silverhands, and their full reveal is coming up soon.

The last bit of news today is about the store. We spent a lot of time working with our partner on it this week, and next week we will open it in “preview mode” for everybody to see. This will allow you to look at what we have to offer, make your decisions before we open it up in a rather unique way. More details on this next week, including a livestream on it.

As always, we thank you for your support! And again, Happy Halloween!