Fantastic Friday, all! It has been another great week at the studio, and I’ve got a lot to talk about, so let’s get this party started!

First, today marked a milestone in our game’s schedule, as we revealed the last of the initial ten class trios for our game. With the release of the stealthers here (http://camelotunchained.com/v2/class-reveal-stealthers/), our first 30 class visions have been shown to our Backers. Based on what we’ve heard so far, you folks liked what you saw from these sneaky boys and girls. Our stealthers are a unique mix, with strong lore tie-ins (the Red Caps, for example), non-mirrored gameplay, and Veil magic. We’re going for a fun group of stealth-focused classes who won’t have to go all stunlock on a player to be successful. As a matter of fact, none of these classes have that kind of ability. So, if you are looking for a class to play that can stealthily move around the world as a solo player, and can also fit into a group, look no further. But remember, who hunts the hunters?

BTW, our “Lady in red” is another pretty badass concept, don’t ya think? Michelle outdid herself again, though that’s not much of a surprise anymore is it?

Secondly, it was another great two-week sprint (even if it was a short one, because of Thanksgiving) for us development-wise. I’ll list the User Stories update here and then focus on a few key highlights. Overall, we had 20 Old cards with 51 completes and added 2 New cards with 11 completes. These were:

As a Backer, I’d like to test the updated male Human model.
Update base mesh with better underwear.

As a Backer, I’d like to test the male Silverhand model.
Create base body concept and worksheets.

As a Backer, I’d like to test the female Silverhand model.
Create base body concept and worksheets.

As a Backer, I’d like to test the male Pict model.
Concept pass 2
Create base body concept and worksheets.

As a Backer, I’d like to test the female Pict model.
Concept pass 2
Create base body concept and worksheets.

As a Backer, I’d like to see the world begin to be propped out with generic fantasy items. – Set #6.
Add wings to “dragon-on-pillar” statue to make Realm variations more discernible.

As a Backer, I’d like to know about smaller changes that don’t have their own user story.
Area of effect abilities use the caster’s center of mass.
Add logging to editor and clientmanaged for better bug tracking.

As a Backer, I’d like to see graphical and networking performance improvements, when building and destroying structures.
Second pass mesh simplification to reduce visual errors in buildings.
Add distance-based priority to buildings so we only send data of buildings within 1km of the player.
Limit the number of TCP entities sent per frame to reduce load on user proxies.
User proxies no longer send everything to player upon initial login.
Improve building scalability on the server by caching off bounds and improving tracking of pointers.
Improve handling of terrain loading/updates by delaying character loading behind a load screen.

As a Backer, I’d like a UI that is easy to develop mods and themes for.
Concept Pass 1 – New skill buttons UI and functionality.

As a Backer, I’d like to experience positionally-based audio and music within the world of Camelot Unchained.
Reduce memory and CPU usage of pre-existing music assets.

As an Italian Backer, I’d like to visit the Italian version of the Camelot Unchained website.
Foundational Principles translated.

As a Developer, I’d like the Camelot Unchained website to convey its main features in a more concise and visually impressive manner.
Animate Viking character background.

As a Developer, I’d like to reward our Backers for their continuing support of Camelot Unchained.
Concept Backer Rewards info page.

As a Developer, I’d like to see improvements in the editor to facilitate my work.
Improve tools performance when importing assets.

As a Backer, I’d like to see improvements in server stability, speed, and robustness.
Improve autoscaling of proxies.
Create new state for debugging proxies that exhibit weird behavior.
Improve speed of logging in.
Speed up logging to our logging backend by making it async.
Send the UserProxy the player’s position so we can modify update priority by distance from player.
Modify load tester to behave more like a player to improve testing results.
Reduce metric sampling to only sample long actions.
Improve server cluster scaling.

So, progress continues at a good pace, and we are drawing ever nearer to not only the start of Beta, but also, the lifting of the NDA for the game. The big map was a major step in that direction, and once our world really starts to resemble a world, we’ll be even closer. That day is coming sooner, rather than later.

Thirdly, I’m happy to announce that we are going to have a crafting reveal in two weeks. In today’s livestream, I told our listeners that we had planned this reveal for early this year, and that we had invited folks from MOP (massivelyOP.com) and MMORPG (www.MMORPG.com) to participate on our Forums in a private Alpha-access crafter section. Unfortunately, even though they jumped on, I was unable to spend the time in the Forums that I hoped to, so the reveal was delayed. In the livestream, I apologized to MOP/MMORPG for that, and I’d like to do so again. So, to MOP and MMORPG, Mea Culpa! The good news is that the updated version of the document (with more crafter goodness) will be talked about in two weeks, and then posted on our Forums for all our Backers to read, dissect, and comment on. I can’t imagine that the vast majority of our crafters will be at all disappointed by this reveal, based on what we’ve seen so far.

Fourth, there won’t be a Friday Night Fights tonight (sorry), for a very good reason. As per above, we are testing the servers with our latest building craziness in the hopes of having both it and a bot invasion for next week’s testing with all of our Alpha, Beta 1, and IT Backers. Nothing says crazy as much as a bunch of Backers + 3K buildings + lots and lots of bots. Wish us good luck, we hope to make next Friday a very interesting night.

But this weekend, we’ll have Hatchery open all weekend for Alpha and IT testing so jump on in and see what’s new and cool in the current build. Also, as a bonus for next week, expect a push to C.U.B.E. of the current engine build!

Next up, today comes with lots of art love from the dynamic duo of Michelle and Sandra.  First up, some Pict pics! 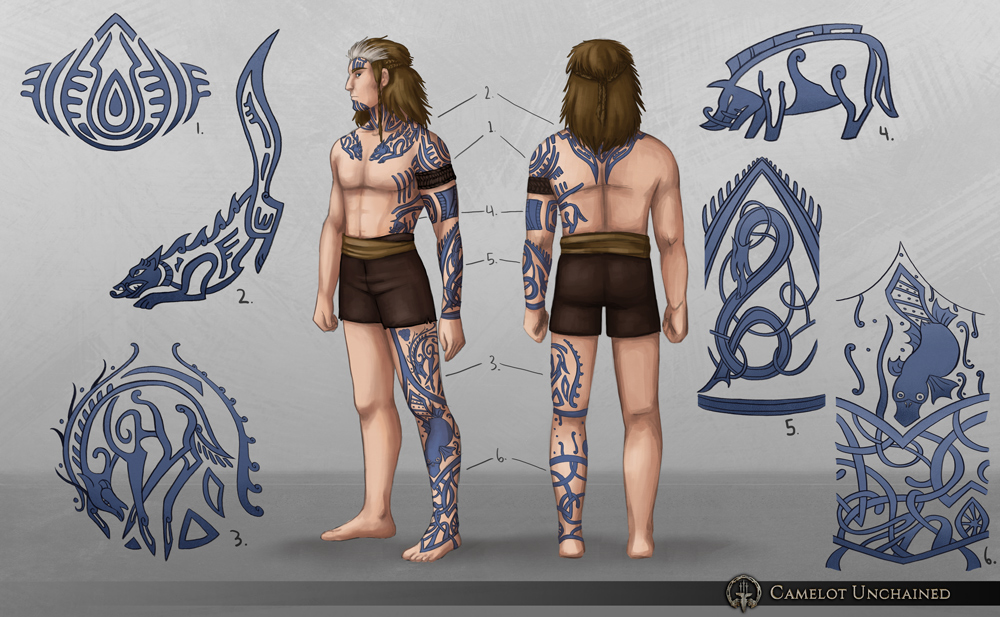 You want more? Okay, here’s some more concept art for our Silverhands! 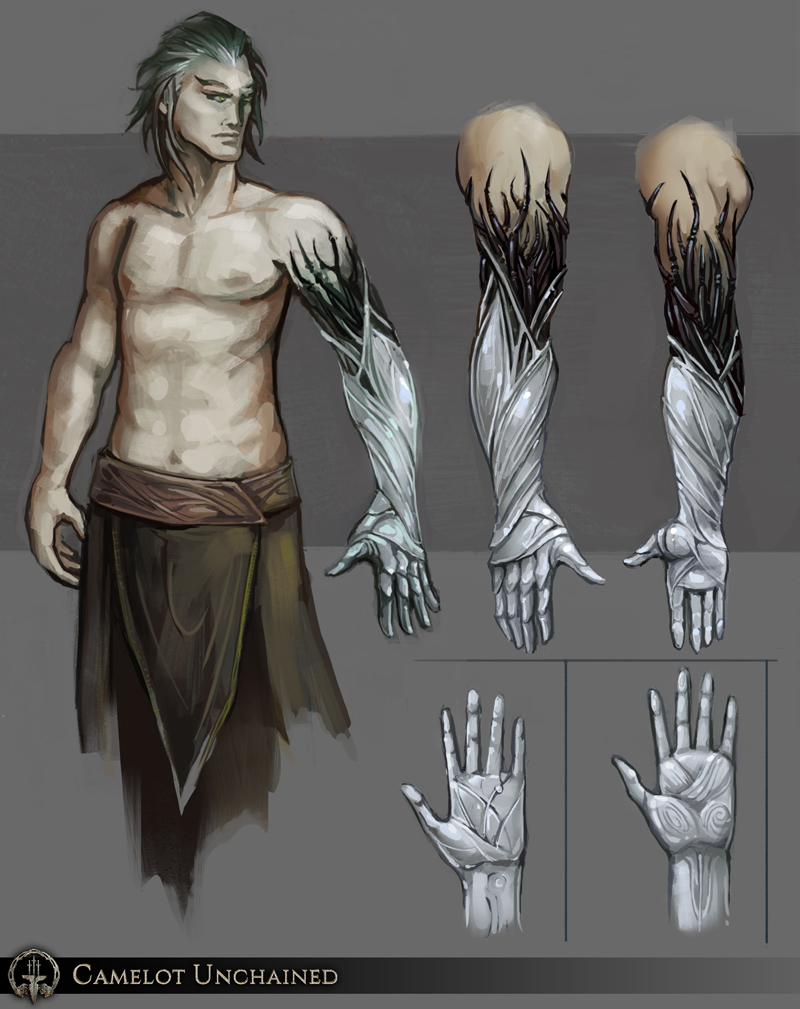 Still not satisfied, eh? Okay, here’s some more great modeling work from Jon. Leather is so “in” this year, I hear! 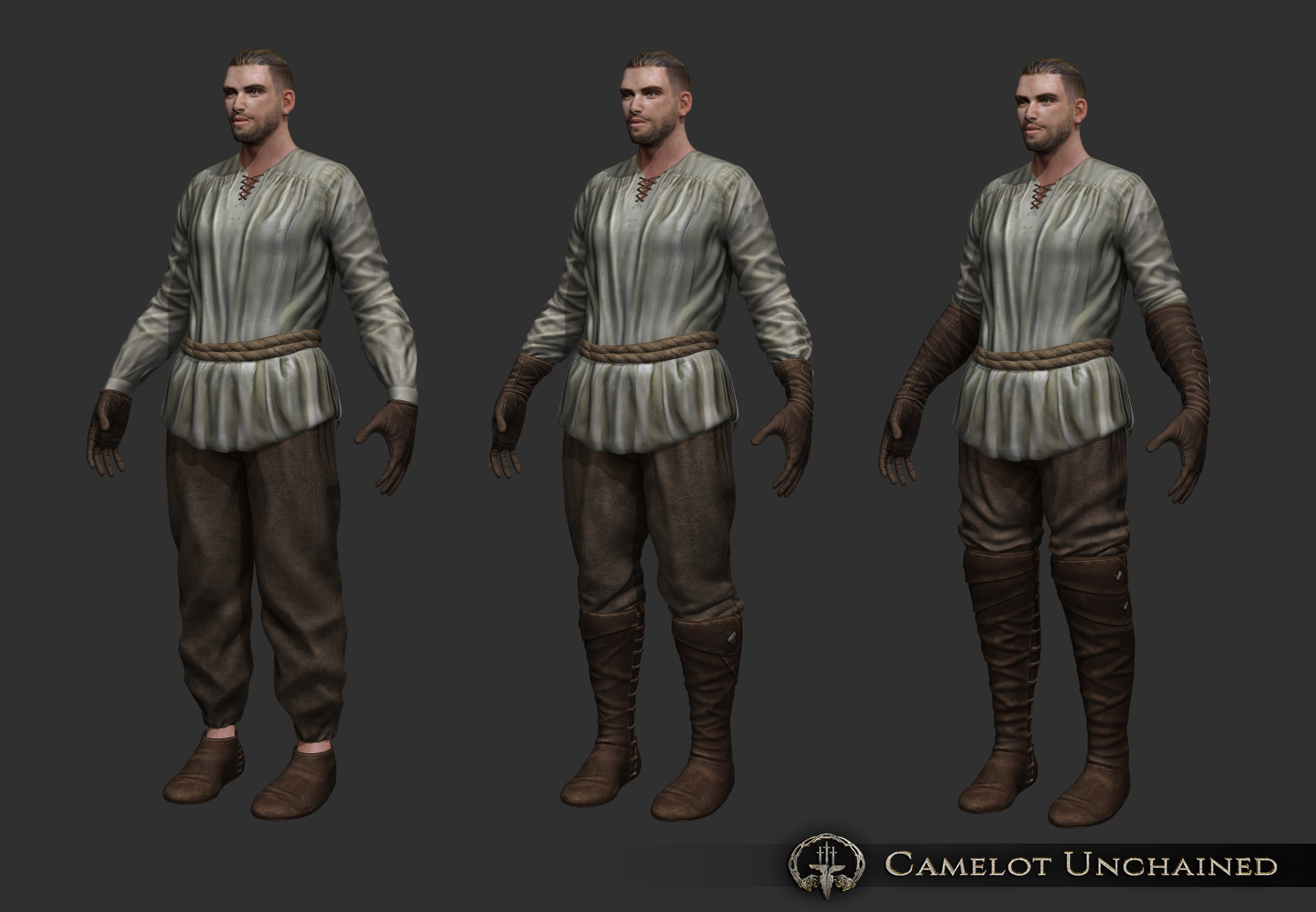 But heck, concept art, as glorious and fun as it is, is just the beginning. How about some real, untouched by human hands, screenshots from the latest build? Okay, I can make that happen! BTW, we aren’t going all Egyptian with the game (Middle Kingdom Unchained?), but pyramids are such an efficient shape and a great one for testing, that we couldn’t resist! 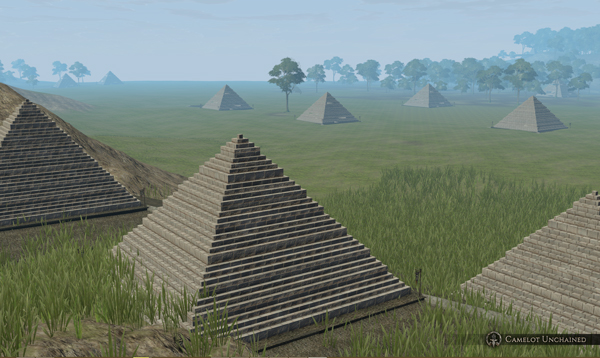 Not bad, eh? We’re not there yet, but step by step, inch by inch, the engine becomes a game, and the world comes alive. And to help get us there, here are some other things that might come in handy! 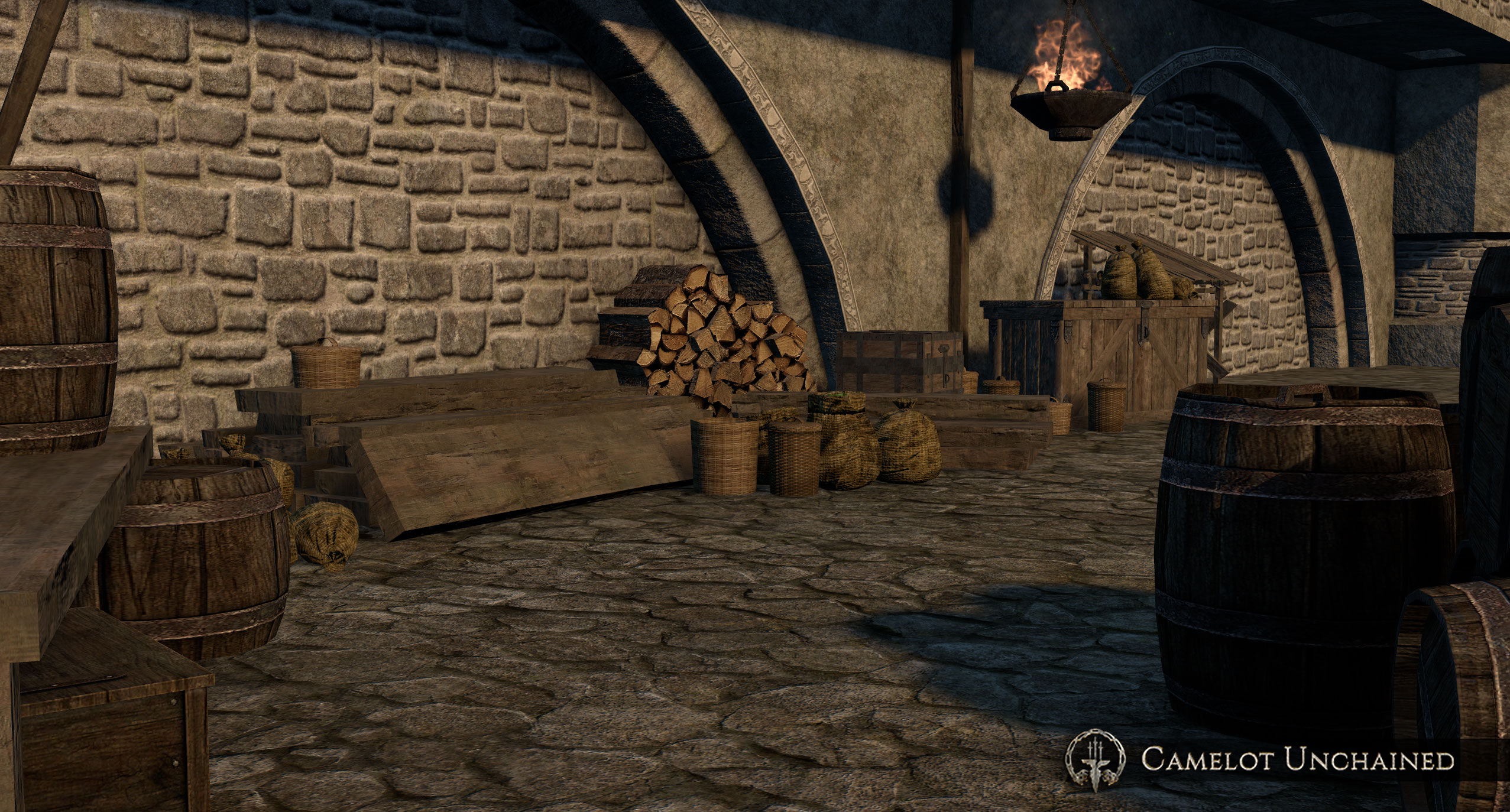 That’s it for today’s update, folks. Enjoy your weekend, and, as always, we thank you for your support!