The days leading up to Thanksgiving were quite exciting in the CSE office. After our previous 500-bot test, which some IT and Alpha Backers helped us vet, we’ve continued to make gains both in networking and client performance when dealing with upwards of 1500 bots/players in a small space. These improvements not only have helped us push our tech, but also find and fix problems as we continue to scale up. As of this weekend, we continue to find and fix bugs, as well as look at additional points of performance gains. Let’s move on to our Top Tenish list for the week:

Lots of great progress! You may note that we have several big ticket “WIP” items in our Top Tenish list this week. As I’ve mentioned in previous updates, we are carefully merging these systems into something resembling a game.

Because of this, we want to get some more eyes on our current build before we start whacking away at it next week. The Wyrmling Prep server will be up for testing with IT and Alpha level Backers for the weekend, unless it goes boom, as we’re looking for any lurking issues we may yet be unaware of.

This is probably the most appreciated thing our Backers can help us with: test and break things! Please be creative in your ability building and usage. Run around jumping wildly in a group, literally anything random you can think of that may bring a lurking bug to the forefront.

Who: Alpha and IT level

When: Now until Monday morning, unless something goes boom.

How you can help:

That’s it for this week’s update. Have a great weekend all! Also, just in case you missed it, we sent out our 28th newsletter (http://us5.campaign-archive1.com/?u=2b70fd18d895dd960141bac55&id=9c4ffd8b11) yesterday, which includes lots more info as well as introductions to two new team members! Let’s end this update with a great piece of concept art Michelle worked on this week for our first Place of Power! Or as we say “Powah!” 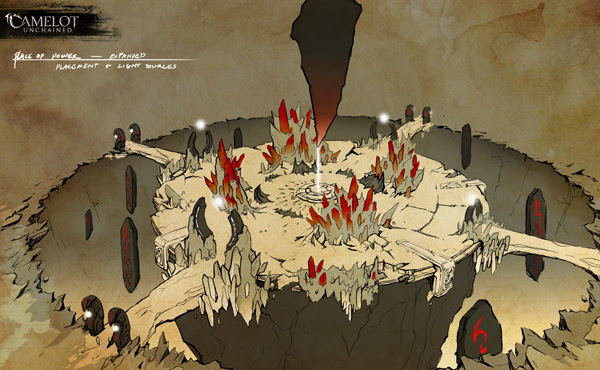