It’s pretty easy to say that I (Tyler) don’t get tired of repeating myself when it comes to things like this: “It’s been a busy week here at CSE, and we’ve gotten a lot done, as can be seen in our long (actually, longer than usual) Top Tenish list below!” This will be the third week in a row where the team here at CSE has cranked out an above-average amount of work, which is all the more impressive when you consider this was only a four-day week for us!

Things continue apace then, as we iterate upon some of our larger items, like working doors, new and moving siege engines, systems improvements, abilities and support classes, and much more! For the interactive version of our weekly updates, you can almost always watch our end-of-the-week stream with Mark or other developers, such as myself, on Fridays. These are usually followed by a sometimes-lengthy Q&A, where we’re always willing to engage with our Backers as honestly as we can. If you missed today’s update with Mark, our fearless leader, you can find that HERE.

Part of the work completed this week was a hefty update to our code base to support a move to Visual Studio 2019 (Top Tenish item #1). Because of this, and the subsequent code submissions that occurred along with this update, testing has been limited this week. We are not planning on having a test this weekend. Next week, however, we’ll be pushing for a new solid build so keep an eye on our tentative testing schedule.

This month’s newsletter is also going out today, chock full of even more info, including a fun interview with one of our talented engineers. Keep an eye on your email for that!

Without further ado, let’s jump on over to the aforementioned (and lengthy) week’s highlights!

Like I said, a lot was accomplished this week! Next week should prove interesting, as a lot of this work will begin landing.

For art this week, we start off with the final concept art of the battering rams we’ve begun modeling. As of this writing, Dionne has actually already finished about 90% of the Arthurian version in just a day! Go Dionne! 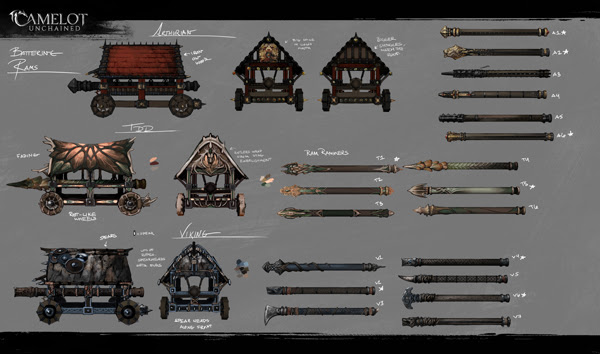 Next up, we have a work-in-progress shot of the Arthurian version of the Corpse Chuckers. You can see the previously-shown Viking and Tuatha versions HERE and HERE. 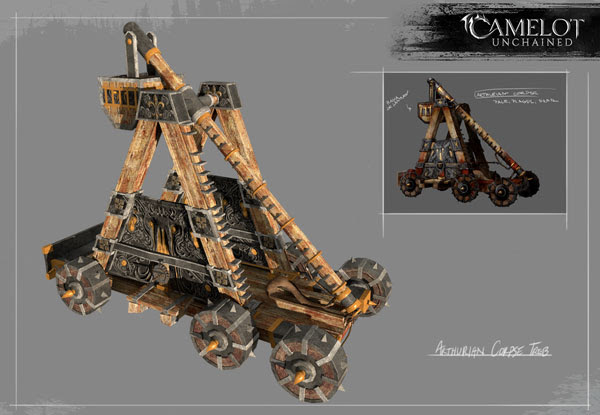 Next, we have the “Sneaking Scorpion” model Jon has been focused on this week. This is still a WIP, and is focused on modeling, not posing, at this point. Also, Jon is playing with Zbrush’s new rendering options here, so that’s why it’s not the default grey you’re used to seeing. 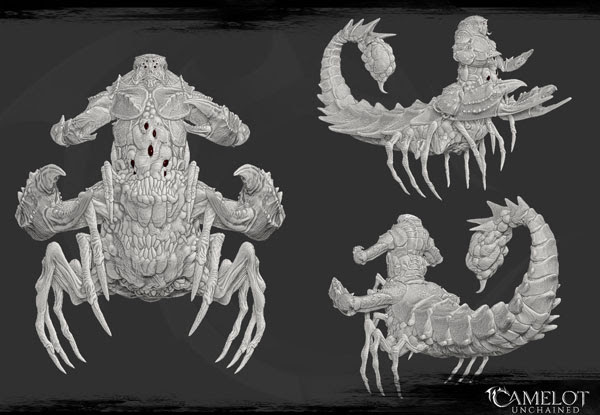 How many mouths do you think this thing needs? If you said “at least three,” you’d be correct!

For our first functioning doors that are part of a building, we’re going with two fairly huge ones for the Cherry Keep scenario we’ve been testing. Here’s a few concepts. Note the scale!

Doors in CU will include a framing element of some sort to fit within the half-meter building block sizes. This will allow Art the freedom to come up with all sorts of shapes and designs, while still fitting within our building system.

The guys over in UI land have been busy with these still very much work-in-progress images of the styling changes to the death and respawn UI (All the text is filler, and is not indicative of anything, particularly the second image’s location names). 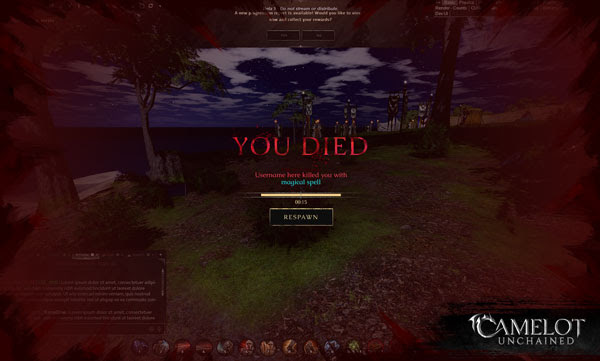 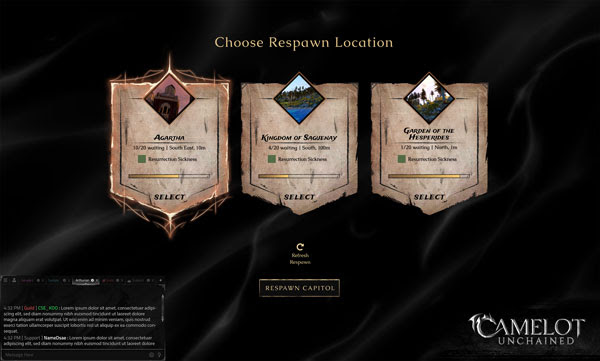 And that’s it for another very productive week here at CSE. As mentioned above, we’ll be trying to solidify a new testing candidate next week, so keep an eye on the tentative testing schedule and your email for updates. With that said, have a great weekend everyone, and thank you, as always, for your patience and enthusiasm.