We’re wrapping up a fairly busy week here at CSE. So busy that our Top Tenish, the list of the week’s highlights, continues to remain well above average, with seventeen items this week! We also had to skip our weekly update livestream, so we could stay focused on the work at hand.

Speaking of work, our siege-centric sprint, as well as other Beta 1-specific goals, as you’ll see below, are moving along. As the weather turns cooler here, and unfortunately this week a bit grey, we’re all enjoying the candy and the coffee sent to us from our Backers! There was a sticky note on the coffee maker this morning that read, “Strong! – Deathwish coffee.” Mike told me, “we’ve got five pounds of it we have to get through!” Plus there’s all the other special coffee and candy you sent to us! Our hard work certainly has the necessary fuel. Thanks once again!

As mentioned, a solid week of progress! We had the mini-plague hit a couple of artists this week, so there’s slightly less art for this update, but only slightly. Let’s start off things with the promised video of some of Scott’s work for the greatsword following the image from last week. We’ve also got a couple of extra-experimental, still work-in-progress, “flinches” in here. These may allow us to differentiate, through the animations, the types of effects one might encounter in CU. 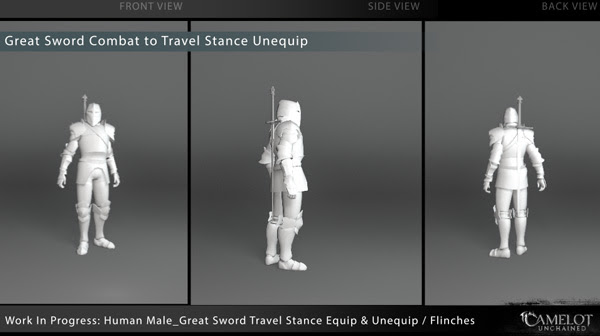 Next up, we have a breakdown from Michelle of the Viking character creation background. This separation of layers, visualized below, will be handed off to James next week, to begin animating. He’ll also add in particles, light shafts, etc, to further bring the scene to life. 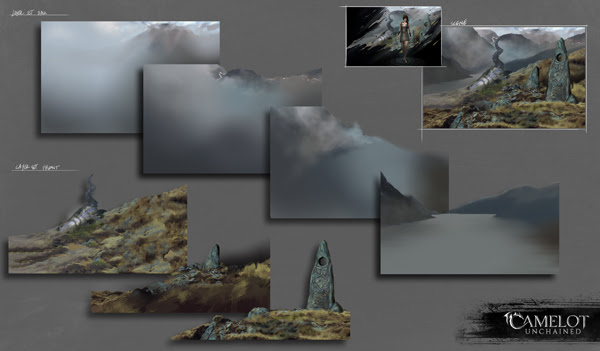 Per our Top Tenish, we have a work-in-progress shot from Jon of the basic clothing, high poly sculpt. Despite the mini-plague, Jon was still able to begin work on this great sculpt! 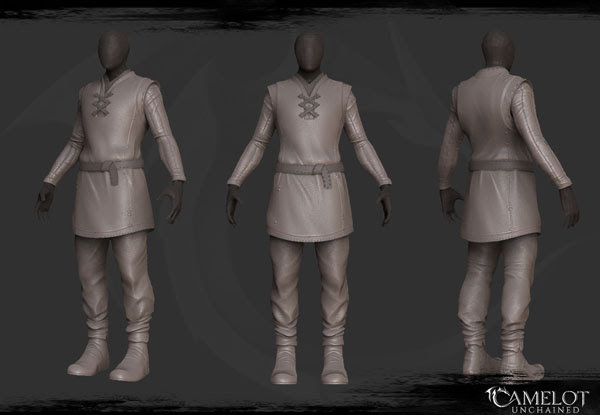 Per the Top Tenish, here’s some of Jon’s work-in-progress siege bolt ideas: 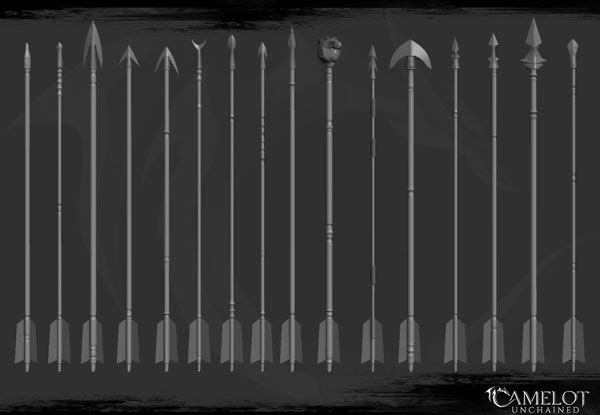 Also despite the mini-plague, Dionne was able to begin work on some swamp grass assets. Or as I like to call ’em, Moat Grasses! 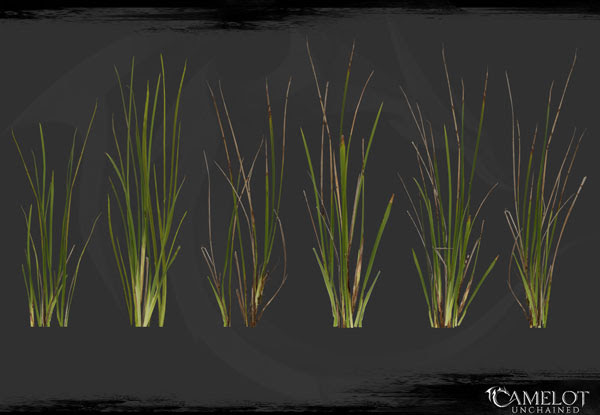 Michelle has also completed some concept work on a possible Arthurian ship.

That wraps up a busy week for us here at CSE. We hope you all have a great weekend, working or not, and we’ll see you on Monday, ready to kick the week’s ass. Join us on our forums, chat on Discord, or live streams (Schedule), won’t you?