When I sat down for today’s livestream, our weekly wrap-up, the first thing I mentioned was not that it was a busy week, but that it was a very busy week. As it was a short week for us, having celebrated Memorial Day, we hit the ground running on Tuesday. Not only do we need to push ourselves to maintain a good pace, but we also need to maintain the process of adding new features while testing old, or in-progress ones, as well. We’ve had a lot of tests this week, both in-office and impromptu tests. They’ve covered covered crafting UI, buildings, aiming, teleporting, seamless zone transitions, VFX performance, and animations. And I’m sure I’ve left something out! All told, we continue to push ourselves, continue to work hard, and continue to improve our processes as a studio and as a team. In terms of weekend testing, we expect to have a test with ITs and Alphas over the weekend (unless something goes very wrong), so keep an eye on emails and forum posts for more information.

All that said, let’s get to the week’s highlights, below.

11. Art – Concept Art: Michelle created several sketches of siege engine VFX, particularly for  testing particle performance. In this case, we’re working with              three very different looks, to distinguish projectiles fired by Realm. The different ideas will allow Mike to find the easiest path forward as he works through          all the new particle tools.

Some good highlights this week, among many disciplines. No one said making an MMO was simple! Thankfully, we’ve got a talented team here to make our collective dream a reality. That was on display in today’s epic livestream with Ben and myself (Tyler), plus Mark toward the end for additional Q&A. Our weekly live streams are a great way to get more details on our Top Tenish™, as well as to ask questions of your own at the end. This one was almost two hours long!

Okay, let’s move on to some art for the week. To start off, let’s go to the end–of helmets! More specifically, Jon wrapped up the Viking and TDD helmets he’s been working on. As mentioned above, this gives us eight options per Realm. We’ll do a quick audit next week on materials, and then, time allowing around animation work, import these into the game. If you’d like to watch Jon’s livestream from this week, you can find that HERE. The following shots cover the high poly (grey) models without materials, and the low poly models with materials applied. Aren’t they beautiful?

Over the past weeks, we’ve had a series of animation videos up to see some of the work-in-progress from Scott. We’ve skipped that this week, so Scott could focus on adding all those runs, jumps, and walks to all the other character animation sets. However, we do have another talented and hard-working animator here: Sandra! Sandra has been working through not one, but two versions of animations for the polearm.

As we made discoveries around the greataxe animations, we had to update how we animate polearms. The polearm is a particularly hard-to-animate weapon, so Sandra, thank you for sticking with it! For those of you with access, we do have some first-pass polearm animations in the game at this time. However, we have made and continue to make iterations to them. Next week, we’ll have a video of those WIP polearm animations. For now, we’ll give you a sneak peek behind the scenes… 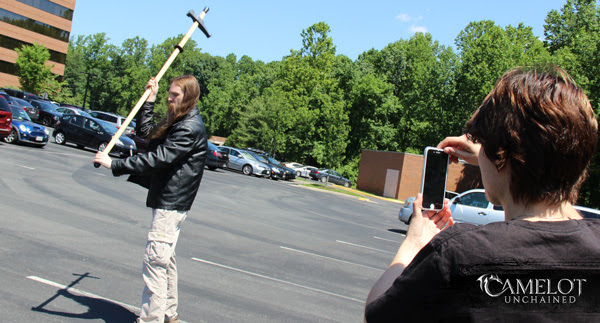 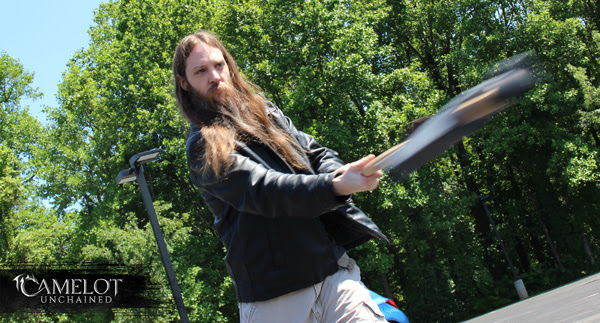 Ben is doing his best hairy Viking impersonation here! And now, here’s a nice shot of an Arthurian wielding a polearm (capable of crushing or slashing or piercing damage), against a Viking Valkyrie with a greataxe! 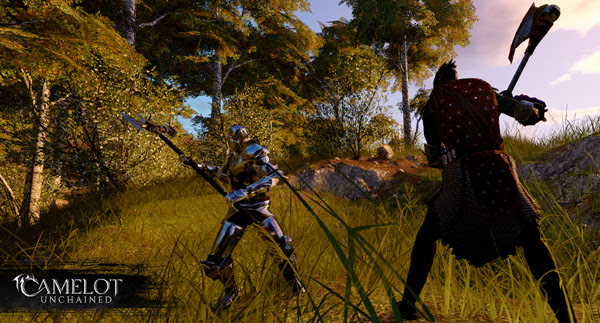 For Beta 1, we’ll need some temporary models for nodes from which players can gather resources. Here’s a WIP shot of a mine Dionne is currently working on. 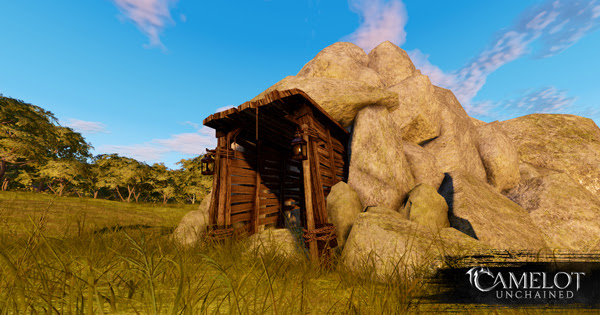 Finishing up this week’s update, we’ve got some sketches from Michelle of possible siege engine VFX for Mike to build. The goal with these is to not only test the new VFX tools Mike has, but to also test performance when lots of siege engines are firing, with lots of VFX going off! 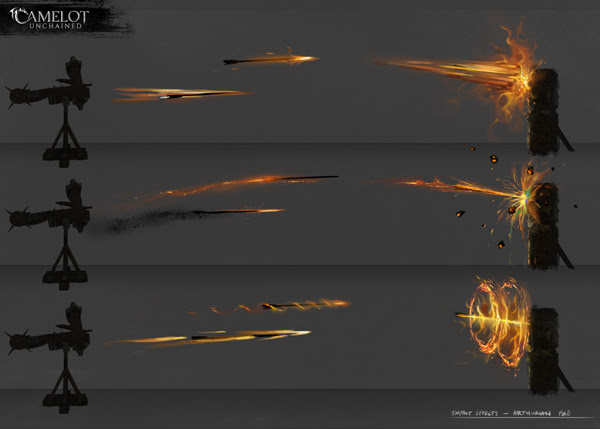 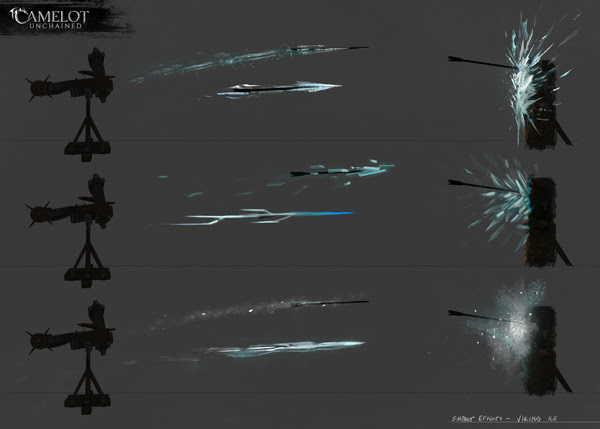 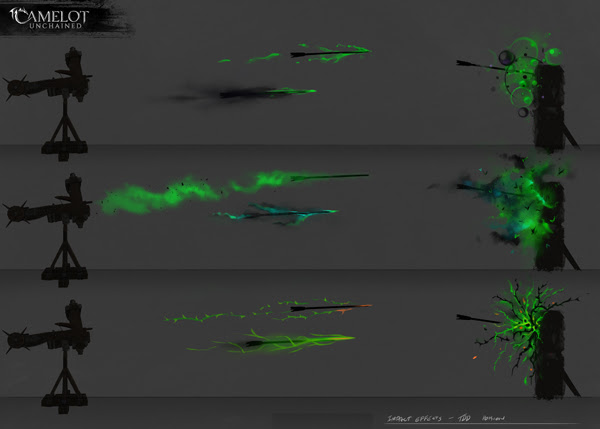 Well, that wraps up another productive (and very busy) week here at CSE. We hope you enjoyed the week’s update, and we look forward to hearing from you on the Forums.

Oh, and speaking of productive, we had a late addition to the team today! Charles welcomed a new family member today! Please join us in welcoming Tristan, Charles’ new “level 1 mob with empathy +100!” Grats to Charles and family from all of us at CSE!