Thursday, Thursday, Thursday! Yep, that’s the day for the first, and in my opinion the most important, of our big announcements. As the final details are worked out, I will have at least one special livestream, followed by Q&A, covering the announcement. It has been a long time in coming, but I promise you, it will be worth the effort. If you can’t join us for the livestream, don’t worry, I’m sure that there will be plenty of questions asked by our Backers about it!

On top of that, it was another great week in CSE-land! As the Top Tenish list will show, there has been lots of progress on our game, and not just on our tech. Progress continues apace, albeit slower than our Backers would like, but the pace is consistent, and as we add additional team members, will increase further. Speaking of team members, the latest additions to our studio have survived another week, and so by next week, we can remove the balls and chains that have kept them with us! Will they run away, screaming into the cold, damp Seattle air, or will they stay longer? Stay tuned, and I’ll CU on Thursday!

A very solid week, despite the winter plague hitting a couple of us on the East coast. We’re going to make sure and get plenty of rest this weekend, that’s for sure!

For art this week, we start off with a video link of Scott’s work on the casting animations. Scott streamed some of this work previously, which you can view HERE. 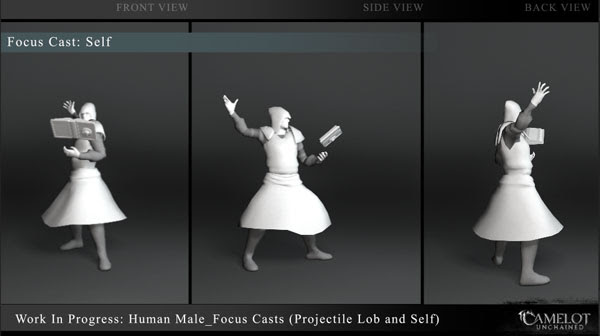 Next up, a work-in-progress image of James’ work on the scenario results screen. 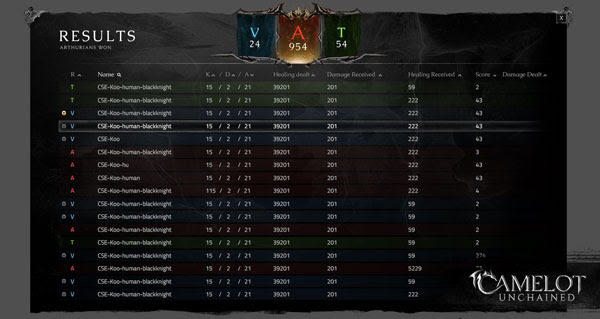 Michelle has provided a breakdown of one of the new terrain materials Tyler created for the new map.

Next up we have several images of Jon’s work on the new weapons. You can catch his stream HERE. Get ready to kill some foes while looking sexy with these new darlings! 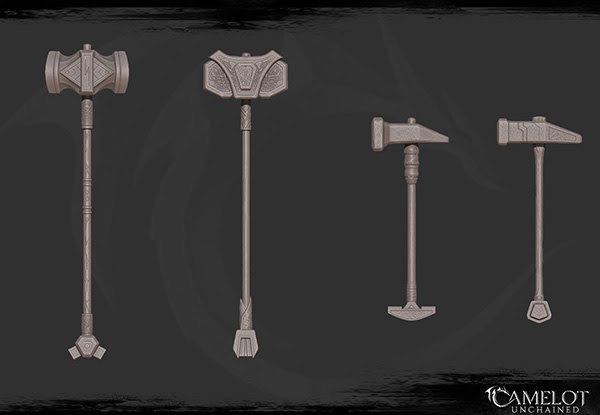 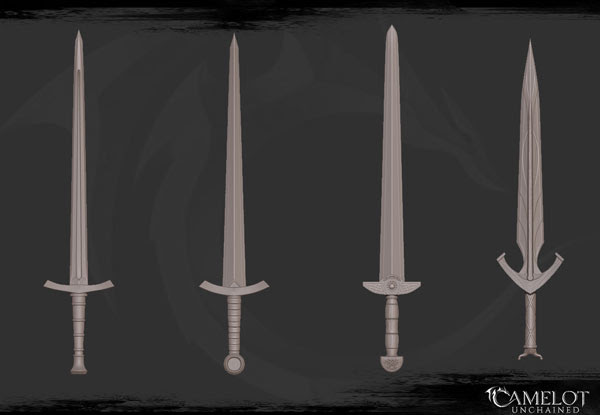 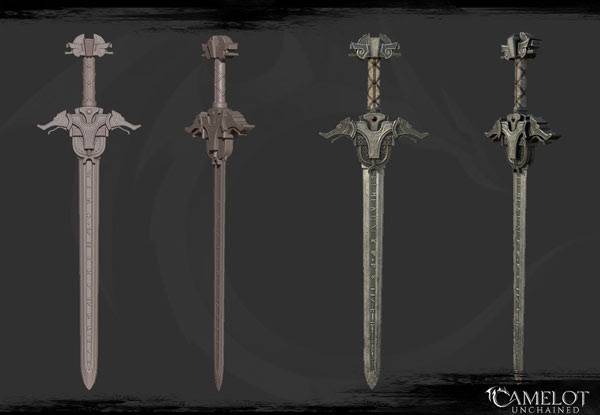 As an added bonus for our update, Michelle did some quick sketching this afternoon for Mike, in order to give him some direction ideas for the new healer VFX he’s working on. 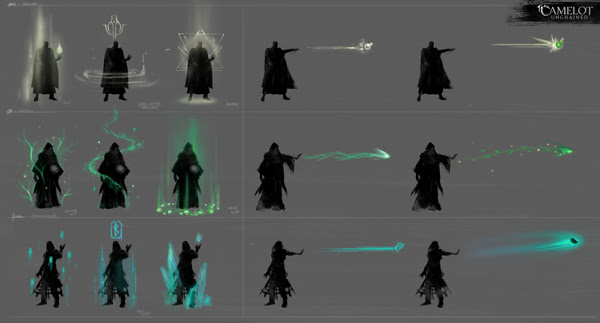 Some really great art this week, bringing the world of Camelot Unchained to life.

That wraps things up for the second week of January for us here at CSE. As mentioned above, please join us Thursday for our announcement, and we’ll CU next week! Keep an eye on the tentative livestream schedule for when we update it with the stream time!