Greetings, all! Today’s update is a fairly short but sweet (and informative) one. First, while we still haven’t tracked down one of the pesky bugs that we’ve been looking for, testing has gone exceedingly well. That one particular nasty heap corruption bug hasn’t reappeared in the last two weeks, and while we think it’s still lurking around somewhere, we haven’t had any server crashes that we didn’t knowingly cause ourselves.

Since our last update, we’ve made more improvements to our networking and client code, improved FPS and latency-tolerance for bad connections, plus many more things like that. We have also made a lot of adjustments to the engine’s testing abilities, fixed a bunch of small bugs, and worked on a lot of the little things which present quality-of-testing issues. FYI, our CUBErs (not including CSE) have put down over 88M blocks, so far. That’s a very impressive number for a very small part of our Backers, right?

Second, our Mod Squad is off and running. We’ve already seen new additions and improvements to our UI and support mods. We even have a scoreboard up for the test matches, and more cool things are on the way. I think our Backers are going to love what comes out of this initiative, and I know it’s going to be a very smart move for us in the long term.

Third, some of us are getting ready to head down to DragonCon in a few weeks. The plan is to bring the latest and greatest build and show it there. Now, that is simply “the plan,” not a promise, since we don’t want to spend weeks on prepping a “show build” just to throw it away afterward. If we can get the new terrain system, large map, and a few other things ready by then, we’ll show it while we are down there. If not, well, we’ll still be at the convention to speak on the panel(s). If you are interested in meeting up while we’re in town, head over to the Forums and join in the discussion.

Fourth, for those who happen to be in the NE area that includes Mass/NH/Maine, near Portsmouth, NH, Lady J and I will be taking a trip there, next month. As we did earlier this year in Portland, we would love to meet with our Backers in the area! Head over to our Forums if you want to get more information, and let us know if you are interested in getting together!

Fifth, everything is looking good for the next round of FNF tomorrow! The version is stable, the scoreboard is hooked up, and Extended Alpha abilities are good to go. In a few weeks, we will also start running contests during the FNFs, and giving out prizes of all kinds.

Sixth, as you folks know, Andrew has been hard at work on our own procedurally-generated terrain system. Now, we will still be tweaking its output right, left, sideways, slantways, longways and backways, frontways and squareways, and any other ways that you can think of. What this means for us is that, in the future, we can not only have terrain that can change on the fly, but most importantly for now, we can create a lot of real estate faster and better than we could before. Here’s an in-game, unretouched, unaltered, and unmodified (other than the watermark) screenshot that shows where we’re at, currently. 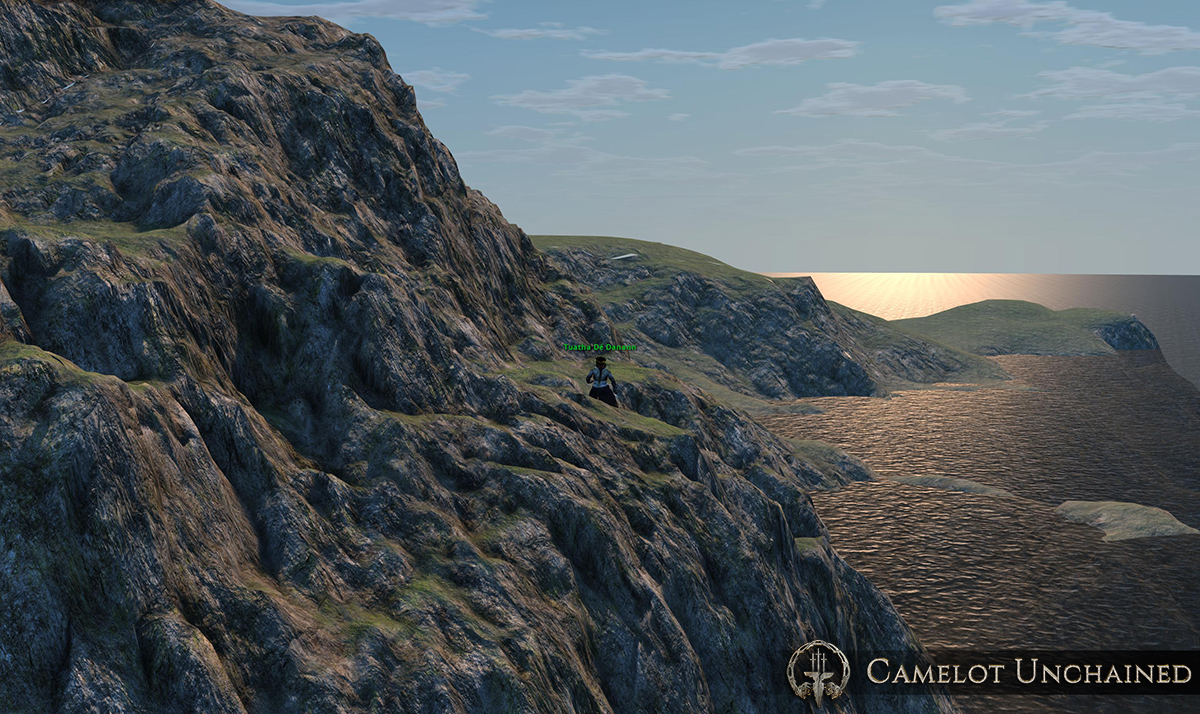 And folks, it just gets better from here as the artists get to work on it.

Finally, and perhaps most importantly, we have a video to share with you. This is from our lead animator and all-around great dad, Scott Trolan. It’s a short video, but he talks about our animation system and gives you an idea of what we are working on. Don’t expect a lot of flashy, special effects, after effects or other such stuff, but rather, you can expect to see some important information about where we are going with our proprietary and homebuilt animation system. It’s definitely worth watching! The video can be found here (http://youtu.be/JiZWQ-pvEPA) or

That’s it for now. Enjoy the rest of your day, and we’ll have another update tomorrow to coincide with the opening of the next round of FNF