Happy Friday, all! As the end of the month approaches, we have some very good news to share with you regarding the State of the Build. Before that though, I want to send a message of condolences and our best wishes to the people of Kuwait, France, and Tunisia, and our Backers in those countries (we have a large French contingent, and more than a few Backers from Kuwait), since those countries were the target of terrorist bombings today. I hope that you and yours are well, and those that were injured today will fully recover.

First and foremost, we have made significant progress on both the rubberbanding and performance issues that we’ve been focusing on for the last few weeks. We are down to one occasional rubberbanding issue, and are getting close to tracking it down. On the networking performance side, we are back to being able to support the kind of large-scale battles that we need, in order for this game to succeed. Our tests this week showed that even with up to 800 Backers and Bots in our battle zone, the networking layer held up really well. It wasn’t until we hit around 1K B&Bs (Backers and Bots) that things went south. Again, this wasn’t 1K B&Bs in a world, but simply in a very small zone.

We are also in good shape on the client side with about half that number of B&Bs, and we haven’t even really begun to optimize the client. This is even more impressive considering the technical legerdemain that Andrew and the team have been doing at the same time. These technical achievements are  not only important to our ongoing Alpha testing, but even more important in terms of the long-term success of the game. Now, technical achievements aside, we know that that gamers do not live by large-scale battles alone, and we have begun work on improving the game’s visual as well, which brings us to point number two.

Over the last few weeks, Andrew has been working his way through a rather crucial part of our game, the ability to procedurally generate terrain. If you have been watching Andrew’s Vine posting underEvilglee at https://vine.co/u/1174544305600290816, you’ve seen things like our take on “Pride Rock” and other such interesting bits appear there. This is a huge addition to the game, both in terms of what our IT folks can see but also to the tool belts of our designers and artists. Being able to procedurally generate terrain was a major and necessary step for us to accomplish. Thanks to Andrew’s work, we are moving along nicely with this feature. At the same time, we have also seen the appearance of grass, trees, and other such important visual adds to the game. While he was working on this, he also found a problem (a typo, no less!) that had been in the game for many months. Fixing that ended up making the entire world look better, whether it was the ground or buildings themselves. Would that all simple changes be so impactful on the engine.

Third, Dave and the art team have been working hard on making the engine build feel more like a world. To that end, we now have a proper sky with clouds and even lighting on them. So, whether it is day or night, expect to see a sky that actually looks like it belongs in a game from 2015, and not, well, from a decade or more in the past. Expect continued improvement in this area as we continue our march forward. Personally, I’m looking forward to seeing the twin, albeit damaged, moons that now circle this world, as well as the eventual appearance of constellations. They say a picture is worth a thousand words. Well, here is a screenshot from the current engine build. As usual, it is not touched, retouched, altered in any way other than the watermark. Enjoy! 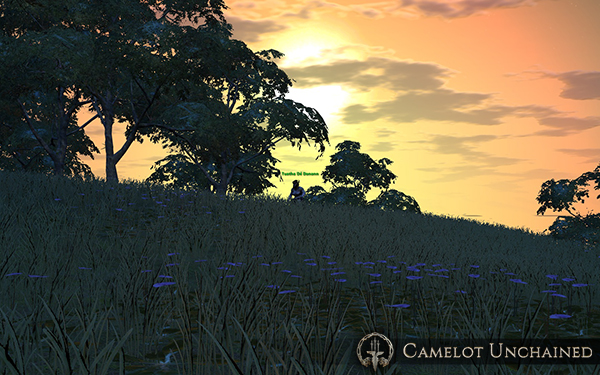 Fourth, we inch ever closer to being able to dynamically destroy the structures that players make in the world. We’ve also been highlighting some of these improvements on Vine, and we’re hopeful that by next week we’ll have another Vine update showing the effects of spells on objects. Remember, it’s not only the walls of Jericho that have to come tumbling down in Camelot Unchained, it’s your walls, buildings, and mighty structures too!

Fifth, as always, we continue to update our user stories. Here’s a sampling of some of the changes that will be posted next week. FYI, we have some folks working on big user stories, so our total isn’t quite as impressive as the last update, but in some cases, size does matter. Hey, I was referring to things like the giant from Game of Thrones or in our game, minds out of the gutter please! J Overall, we have added 33 completes to our tasks, and added 3 new user cards:

Sixth, as July is staring us in the face and the relentless march of the calendar brings us ever closer to August, we know that we need to give you folks an update regarding the opening of Beta. Please expect an announcement within the next two weeks. Of course, it is a complicated issue, but we will have something fairly concrete to say about it. As always, we thank you for your patience.

On the hiring front, we are moving forward nicely, and we have some verbal commitments from new artist-type folks, while narrowing our prospect pool on the senior programmer front as well. I’ll have more info about this along with the update on Beta since they are, of course, related.    For today’s final bits, here are some nice pieces of concept art from Michelle and Sandra. I’ll leave it to you folks to figure out what is going on here, mostly.

Oh, a pretty bit of… 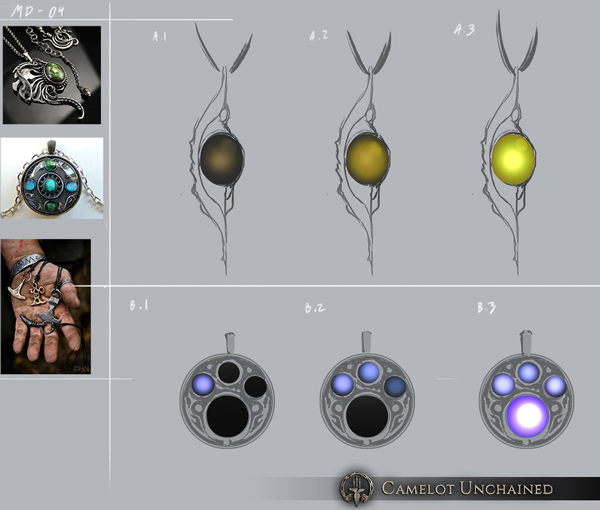 In brightest day, in blackest night… 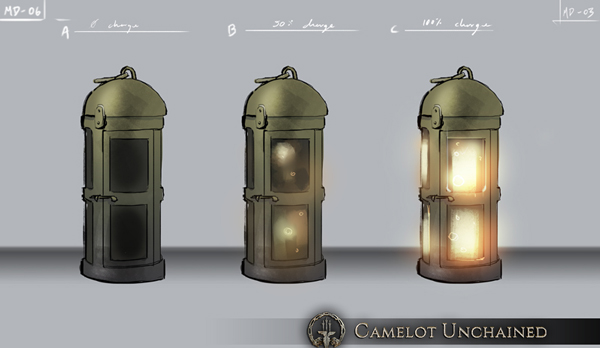 How does that oath go again? 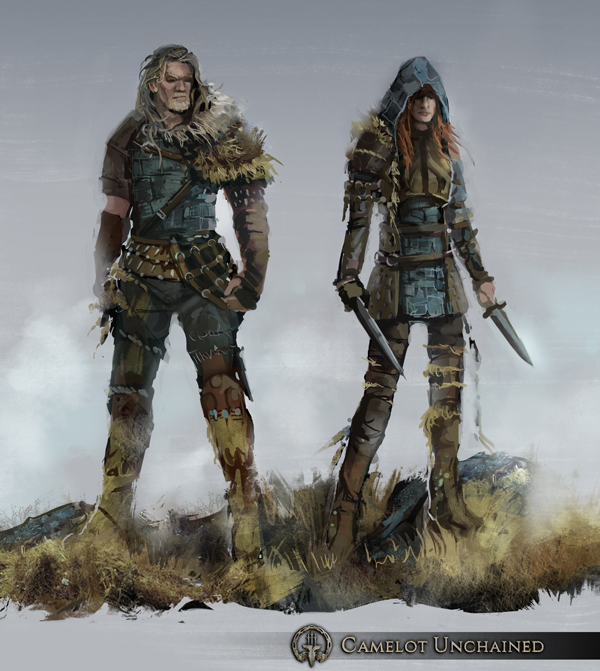 Have a great weekend all! And once again, our best wishes and thoughts to the people of France, Kuwait and Tunisia.