Sorry for the dearth of updates these past few weeks, but it’s been a particularly busy time here at CSE. Today’s update will focus on all the changes/improvements to the game since our last update, and comes with a nice mixture of lore, art, and a teaser.

For those of you who missed my live-streaming session or didn’t catch the newsletter two weeks ago, well, my family and I have been dealing with my wife Janet’s fight with breast cancer. We had a bit of bad news this week, but nothing immediately life-threatening (yay!). Unfortunately, our battle with it will take a little longer than we had expected, but the good news is, she will be just fine. As per my update on our Forums, I thank all of you who have expressed your best wishes, thoughts, and prayers for Lady J and our family. She is very grateful to all of you.

As to the game, things are moving along quite well with the current build. Yesterday, Andrew linked a short video showing the first part of our destruction system. Yes, those blocks seem to be rather light and elastic, but as always, it’s just the start. We’re hoping to make an entire castle fall apart today! If we get that working, we’ll definitely link to a video of it. If all goes well, players will soon be able to destroy their own structures with spells, and watch them break and fall apart. For some reason, Vine is having some issues today so if you want to see what we posted, you can see it on Andrew’s Twitter feed here (https://twitter.com/EvilGlee).

We’ve been plowing through our user stories over the last three weeks at a very good rate. Here are some of the highlights of the last few weeks of work: Overall, we hit 58 items on our User Stories page, including 15 new cards! On top of some very nice additions to the engine, we have also nailed quite a few bugs over the last few weeks. Let’s drill down a little bit into parts of what we’ve done.

In terms of our current cards, here are some of the highlights of the past few weeks:

1. As a Backer, I’d like to be able to damage, and ultimately destroy structures in the world.
• Determine how to turn an “island” of blocks into a separate structure. An ‘island’ is a selection of blocks with not enough support to remain as part of the main structure. – Complete
• Turn the ‘island’ of blocks into a new structure that uses physics, i.e.: Chunks of a building fall off and collide with the main structure and each other. – First Pass – Complete

2. As a Backer, I’d like structures to be able to collapse based off of block placement, building material stats, and damage taken.
• Engineering: Determine stability of structure while building it. – First Pass – Complete

And that’s just a sample of the improvements, changes, and additions that we’ve made to the game and the engine. Our User Stories page (http://camelotunchained.com/v2/user-stories/) has all the new cards, improvements, etc. So head over there and flip a few cards to see what we’ve been up to!

On the hiring front, two of our interns (the 3rd will be joining us next month) have made an immediate impact on the studio. Was it because their heads went crashing against a wall? Nope! Just by doing good work, and thus earned a mention in this update. New art assets are coming fast and furious from Chris, while our programming intern Garrett performed a major resurrection spell on our giant build server box and managed to get it running and added some code to our current build! So our builds will be so much faster than before, and over the next few weeks the game world will start looking more and more like a real world.

We’ve been teasing our next Stretch Goal for weeks now, and here’s another teasing bit for you to enjoy, courtesy of Sandra, the Queen of all things Ducky! 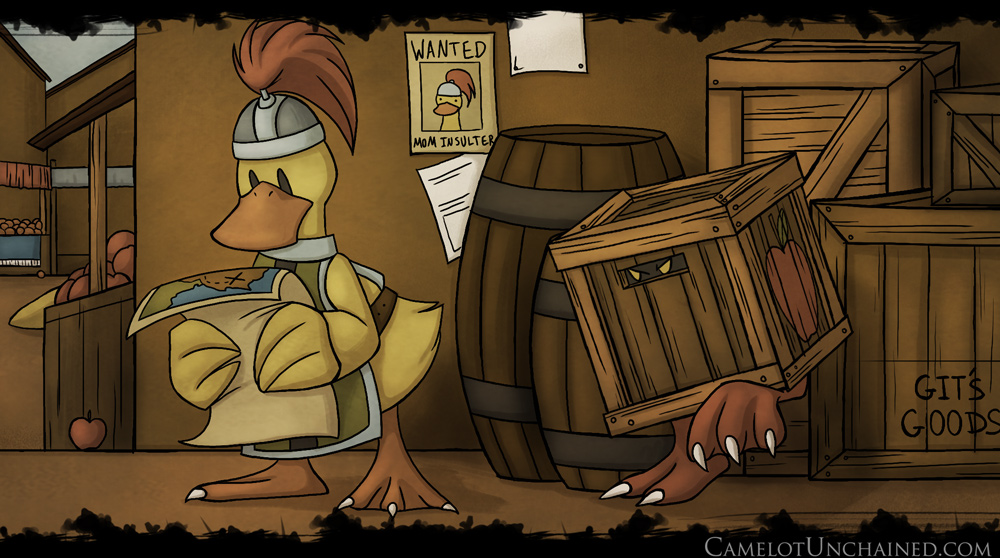 And if you want to know more, all you need to do is head to the Forums to find out exactly what the teaser means for Camelot Unchained™.
From the sublime to the more mundane, we are awaiting what we hope will be the final samples for the long promised t-shirts! We have an agreement with a company that will manufacture and ship worldwide. And, as a bonus for some of our European Backers, this company will have slightly cheaper shipping to some European countries, because of deals they have in place. Over the next year we will see what else we can do, based on demand, to lower the cost of all goods to our European Backers. It’s never easy, but we’ll see what we can work out. Once we approve the final samples, we should have the store up and running within two weeks.

For the last part of today’s update, we have Part III of the Becoming™ tale for our Golems! Head over here (http://camelotunchained.com/v2/lore/becoming-stories/golems-part-iii/page-1) to check it out. It’s a wonderful ending to our Golems three part tale. To accompany it, here’s a wonderful piece of concept art that Sandra did for the tale. 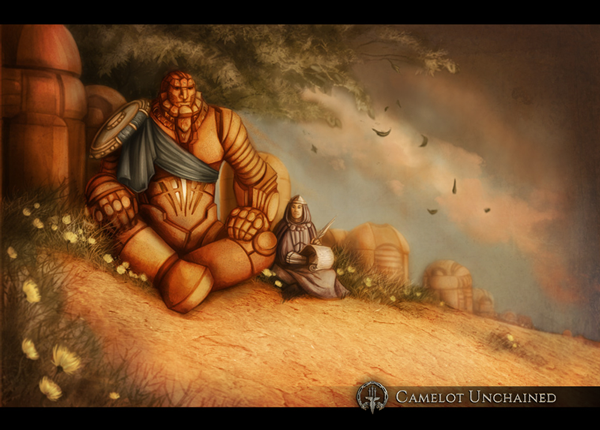 When Andrew declared that we were going to build our UI out of Chromium and put our UI on GitHub, one of the reasons we were all excited about it was that we were going to truly open our UI to our Backers to test, suggest and improve. Well, just as this update was about to go out, JB said that I should jump into the game to see an update to the ability builder. Well, I/we did and we once again had proof of why Andrew’s idea was such a good one. Here’s a screenshot of what one of our Backers, Ortu, did to make our Ability Builder much more informative. 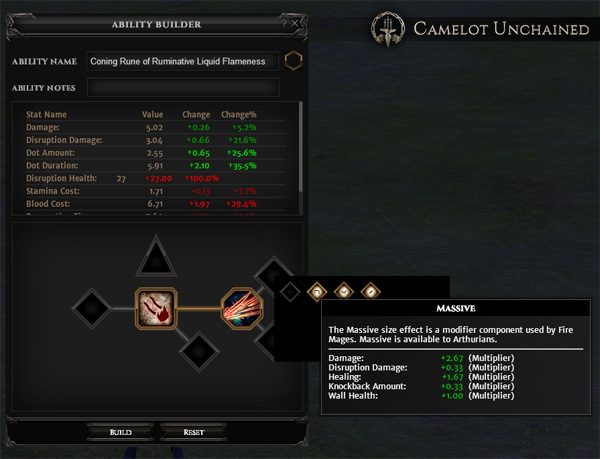 So, well done Ortu! And thank you very much!!!

That’s it for today. We should have one or two updates next week, plus another long Alpha test, and some other fun stuff we hope to talk about.

P.S. As today’s bonus bit of artistic wonder, here’s a piece of promo art for C.U.B.E. from Michelle. 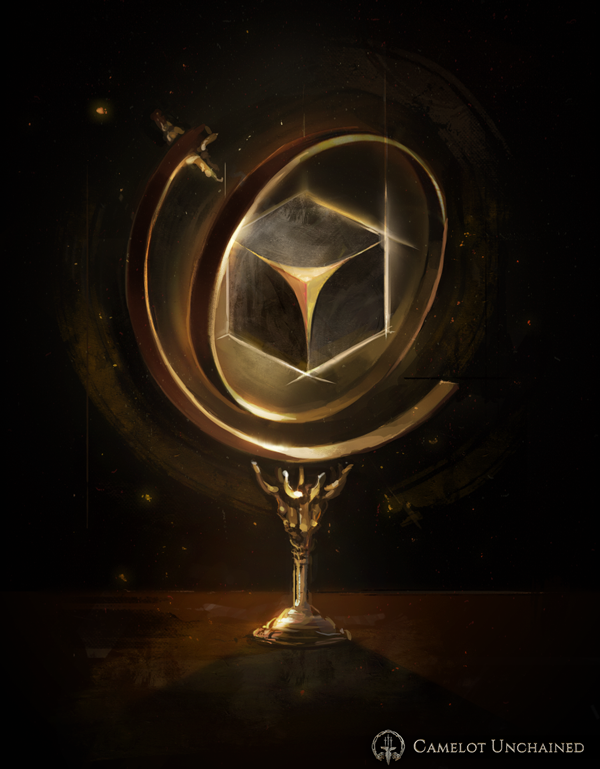