Welcome to the last weekly update of 2017, all! We’re ending the year here on a strong note, with a great end-of-the-week stream from Tim and Andrew and a quick guest appearance by Mark. You can catch that stream HERE. A big shout-out to the guild “Sword of the Dragon” for the amazing, handmade gift of epic mugs for everyone on the team! Great for drinking mead from! A very genuine and heartfelt letter accompanied the gift as well, reminding us all we’re not just making a game, we’re building a world for our Backers to make their own. 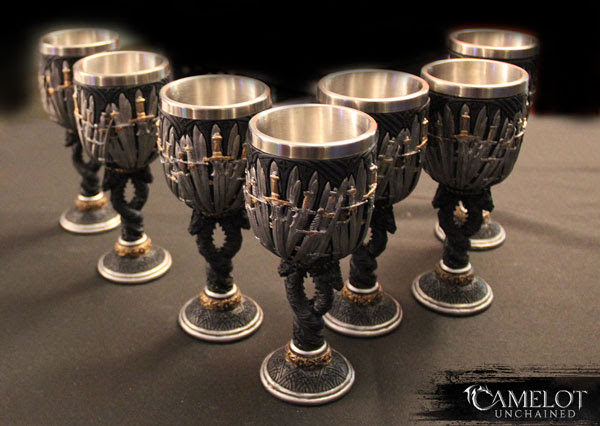 The team quickly unpacked the mugs, ending the stream with a thank-you toast to the Sword of the Dragon guild and a very warm toast to Mark, expressing our thanks for taking us along on this epic journey! 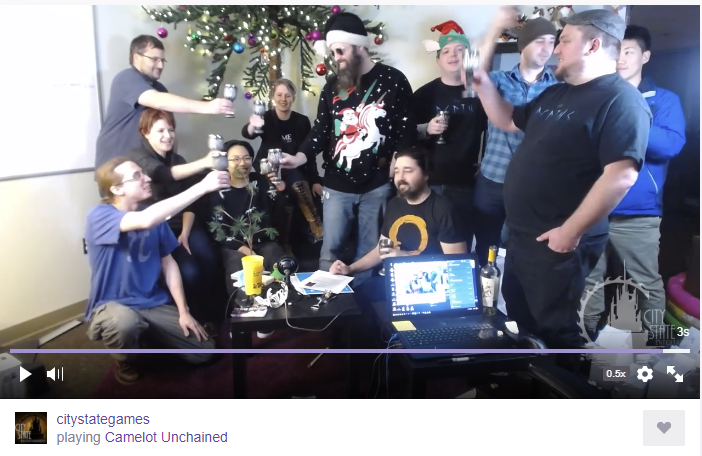 Despite a short month and the end of the year, we’ve completed a bunch of work this week, and we have a robust User Stories update as well, to end the year strong.

Without further ado, let’s take a look at the week’s highlights!

As a Backer in Beta 1, I’d like to have a selection of character emotes to use.
Update old emote animations, yes, no, and point, to use shared starting point as test for future animation system tech. – Complete

As a Backer in Beta 1, I’d like to be able to pick an item up off the ground, put it in my inventory, and if applicable, equip it.
Drag and drop supported in inventory. – Complete
Updated tooltips with inventory items. – Complete

As a Backer in Beta 1, I’d like to see shout abilities conveyed in game through animation, sound, and VFX.
Create test animation to verify priority weighting and functionality for polearm. – Complete

As a Backer in Beta 1, I’d like the ability to build, spawn, aim, and fire a siege engine at players and buildings.
Scorpion SFX originate from scorpion position, not center of the zone! – Complete
Hide player’s weapons when using a siege engine. – Complete
First pass synced animation to player. – Complete
Improve projectile prediction between server and client. – Complete

As a Backer in Beta 1, I’d like the landing areas to be propped out with a wharf from which player can travel to and from other islands.
Second pass – Arthurian ship model and materials. – Complete

Hey there! You’ve made it to the art for the week! We start off with some of the armor variation concept art from Michelle. 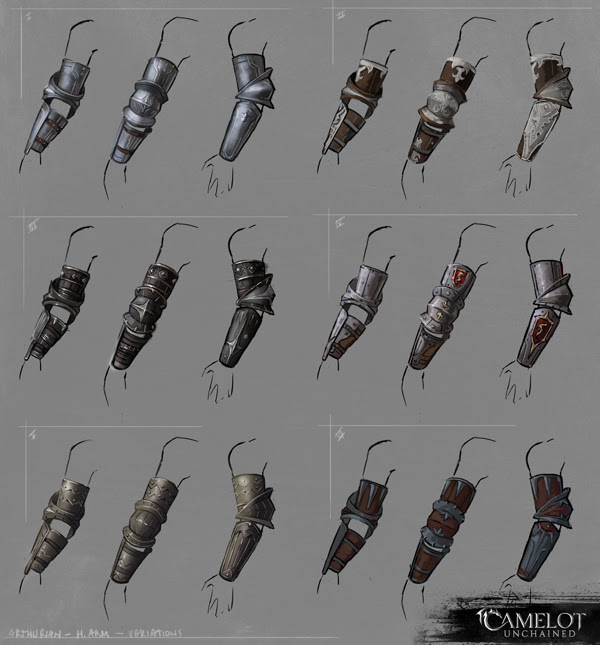 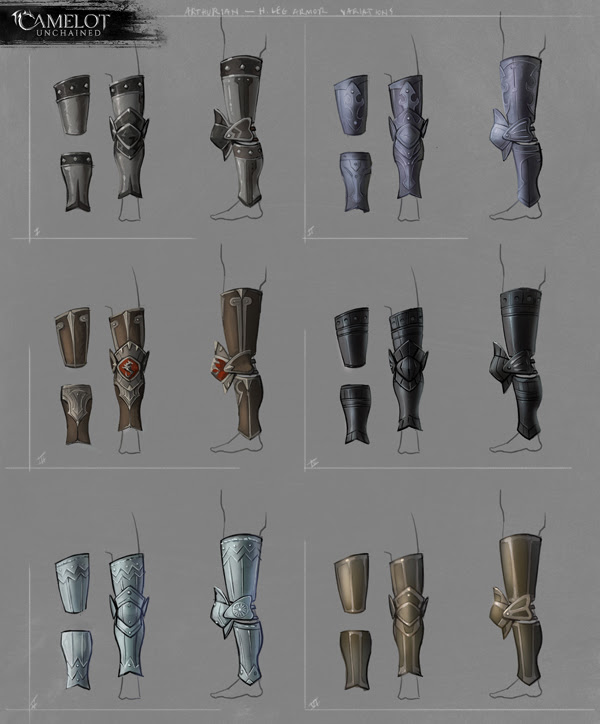 As mentioned above, here’s Jon’s first experiment with this process. If you look closely, you can see he put in different densities of detail on the armor so we could determine what scale will be most successful in-game. 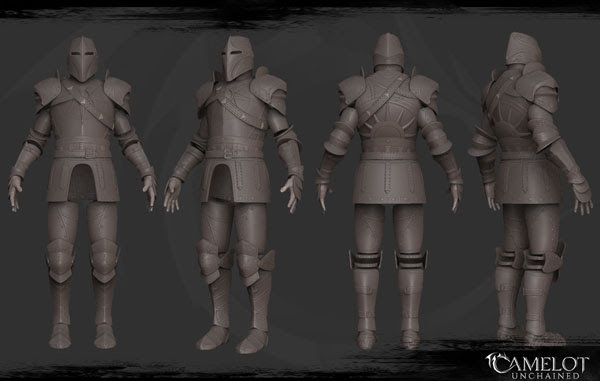 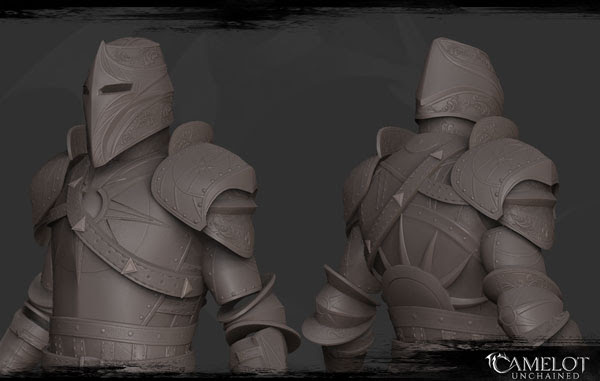 Jon applied a quick material test to see how well the details read. Not at all finished materials here, folks!

Next up, we have some work-in-progress from James on the UI styling for the scenarios. 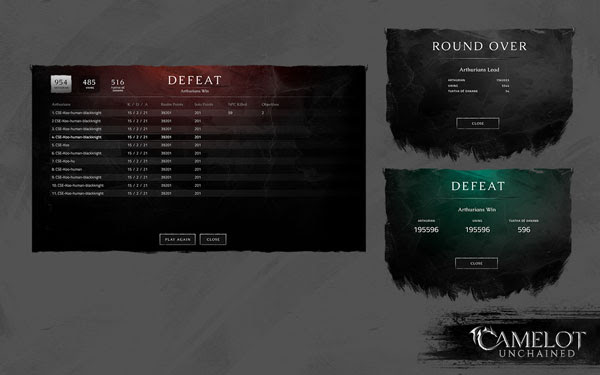 Earlier today, Dionne was tasked with the oh-so-exciting job of putting together some seaweed cards to populate our beaches. So sexy! These groupings are assembled from real-world scans to fit our needs. Side note: I really love this seaweed. I really really wanted to be the one who got to do it, and I’m jealous! 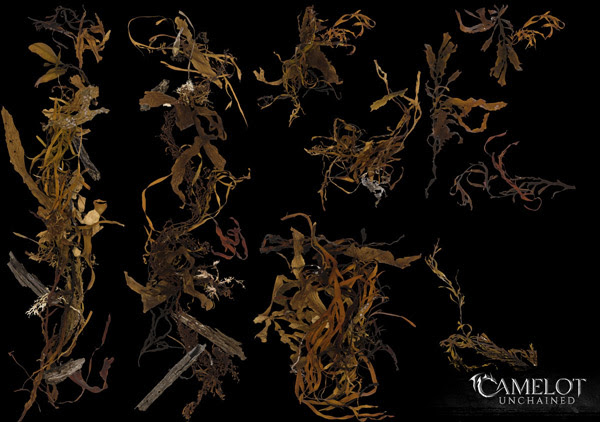 We end off the week with an appropriately festive image, courtesy of Michelle! 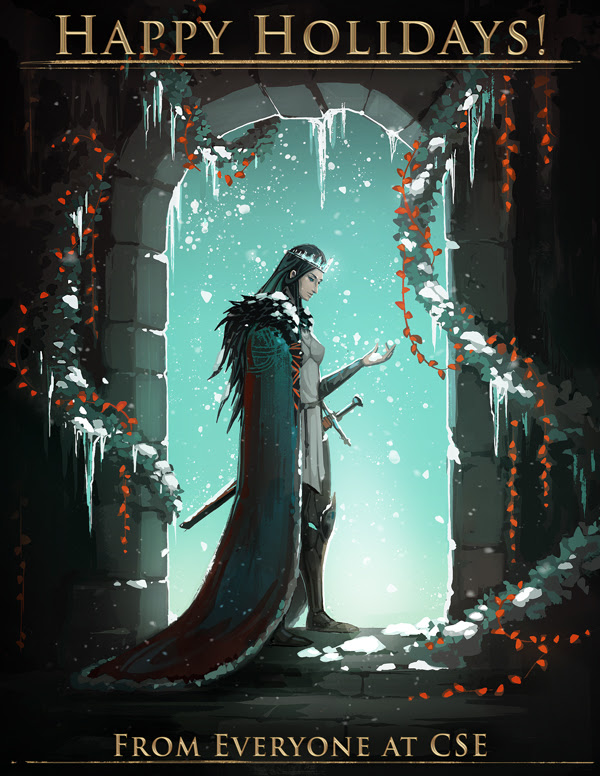 MJ here: just wanted to drop in a note of my own before we go on a much-needed break until early next year. 2017 was an exciting and very frustrating year for us. The good news is that while it started off badly (re-abilitation for the SUCK!), it has ended on quite a high note for everybody that is interested in Camelot Unchained and City State Entertainment. While the reasons for all this aren’t necessarily apparent to our Backers now, by the end of January it will be. As I have said on multiple streams, I promise that by the end of January that that which has been murky will become clear, and our Backers should be experiencing joy-joy feelings, even though the holiday season will be over. I wish each and every one of you, your families, and your friends, a Merry Christmas and a very, very Happy New Year!
-Mark

Okay, that’s it for this update! CU next year!
-t