Last week, we revealed our plans for The Dragon Circle and Saturday Night Sieges. We’re really excited about the reveal, and our strong progress in implementing them. If you missed any of that update, you can find information HERE, and more in our Beta 1 doc, and still more in October’s newsletter. Without much ado, let’s move on, because we’ve got eighteen items in our Top Tenish list, highlighting this week’s progress!

It’s been a busy week! The reward of our hard work is to see things coming together. Let’s look at art for the week!

First up, we have an animation from Scott of the greatsword: mid, standard timing, pierce attack. This animation is part of the timing tests we’re currently doing.

Next up, we have a selection of icons from James. These icons will be used to represent lots of things that are new to the build, like siege-specific abilities, Realm-specific torches, and new weapons. 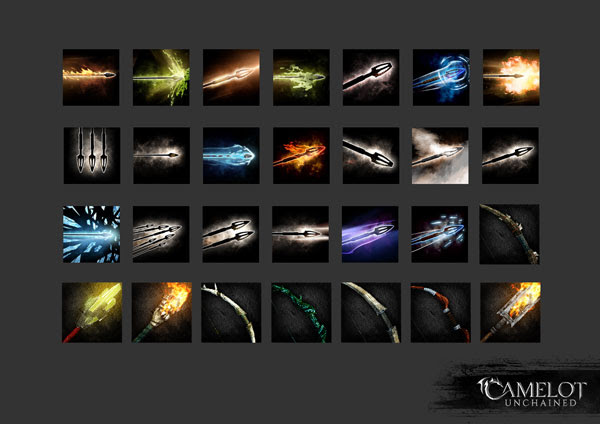 Michelle has been busy this week, as can be seen in not one, but two livestreams this week! Her first, the female TDD clothing can be found HERE, and the second, the TDD boat concepts, HERE. 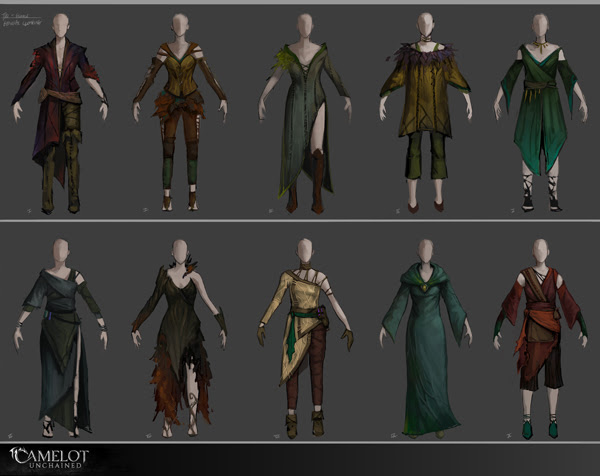 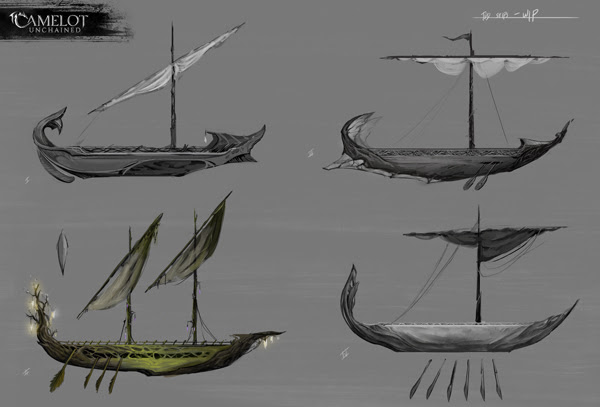 We have a work-in-progress model from Dionne of an Arthurian boat. She’s working on more details today, and will begin materials next week!

Special thanks to Ludovic for these three (’cause one wouldn’t be enough!) large bags of Gummi Bears. They were sent after Michelle mentioned her love of Gummi Bears in one of her livestreams. I’m gonna wish for a car on my next stream! Many thanks Ludovic!

That mostly wraps up art for the week. But wait, there’s more! Michelle created a small “bonus sketch” for the update to send us off!

That wraps up the week here at CSE. Thank you for joining us on the streams or forums, and showing your enthusiasm for Camelot Unchained! We’ll CU next week!