Hey there, sorry about November in December, but this month’s Top Tenish and newsletter are worth the slight delay. It was a very busy month for CSE, and even with the holiday time off that the team got, we still got a lot done. And this month’s Top Tenish has lots of things to talk about as well as some in-game screenshots and art that are worth a mention or two or three. And since I just finished a 90-minute, mostly Q&A, with our Backers and others, let’s get to the update as quickly as possible.

As mentioned above, Koo has been knocking out a long list of icons for reagents, statuses, and items in need of art. This month sees him finishing out that list, and this Top Tenish sees some examples of that new work in the form of reagent icons. 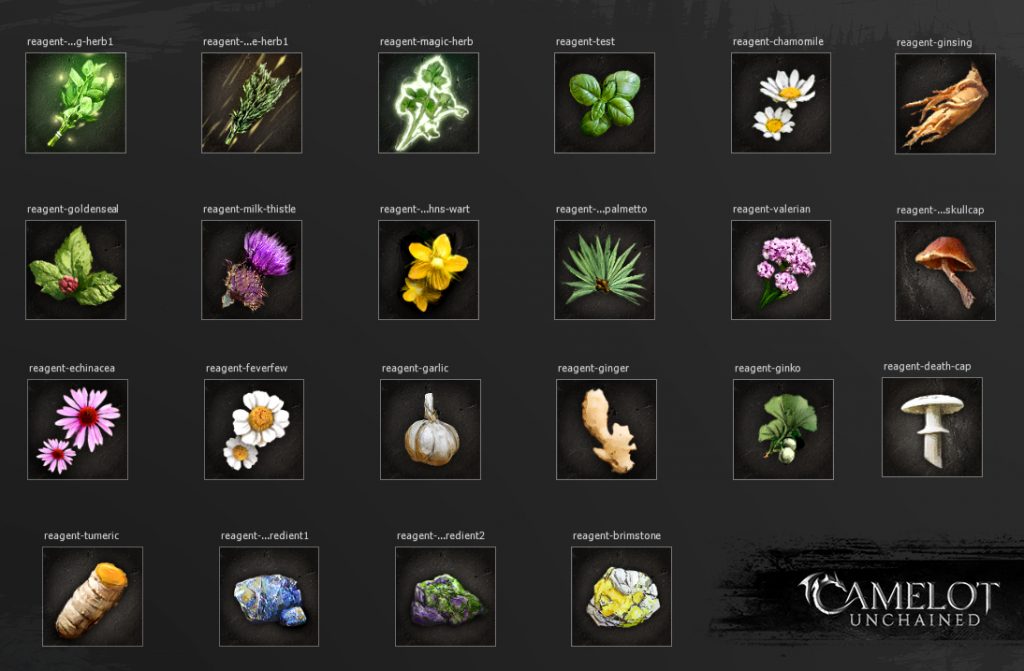 Meanwhile in the world of CU armor, we’ve been narrowing down options for a new Viking Heavy Armor set. With the final design chosen last month, we’ve moved onto the color pass.

From the options shown above, we honed in on this selection, showing both the color of the armor pieces as well as the actual materials they’re made out of in a handy-dandy diagram. This breakdown sheet will be passed on to 3D for creation of the human-proportion model, then fitted to the other races. 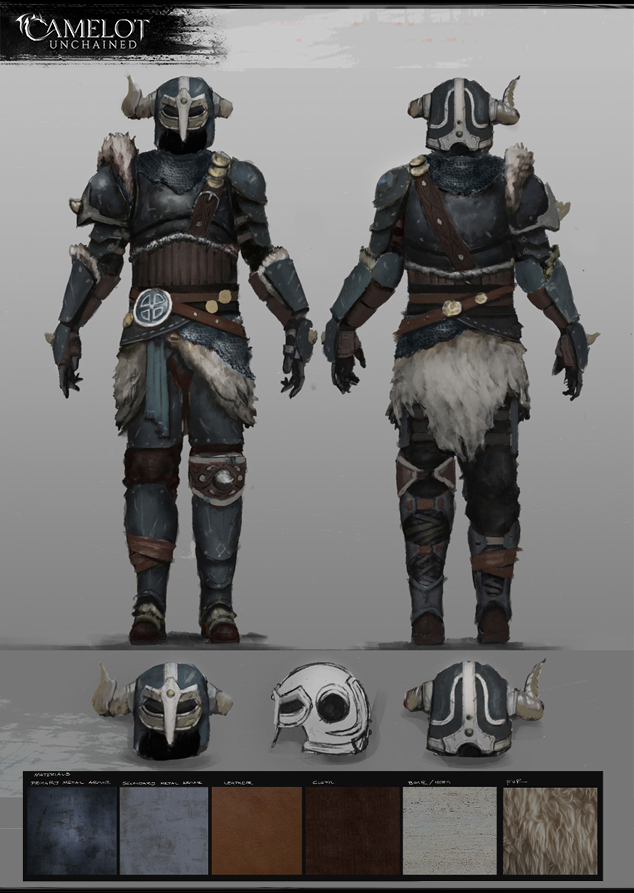 From Vikings we next turn to the Arthurians. Concepting continues on the realm artifact kits we’ve discussed in previous updates. Here you can see some of the design iterations for Arthurian items like lampposts, signs, statues, braziers, and bridges.

And here are the selected objects broken down further for 3D, showing in more detail the traditional Arthurian penchant for worked stone and metal (and, you know, lions).

In environmental news, November happens to also be Update Month for the Frozen Tundra zone! We’ve added some foliage from the Tundra kit like pine trees and scrub grass to the Frozen Tundra Biome Concept Zone portal for some extra decoration.

Since last build, the zone has been beautified as much as a frigid mountain landscape can be with updated tree models, better spawning, and more comprehensive cliff placement along the mountain ranges.

We’ve also added a new snowy mountain texture and improved sky box. Both of these changes lend themselves to more dynamic background scenes, which you can see in the form of distant snow-capped mountain ranges visible at the edges of the current zone. As far as I’m concerned, these screenshots are major steps in making Camelot Unchained look like the game I envisioned so long ago. They will show you why our hard work on the engine is now starting to pay off. We’re still not there yet, but these in-game shots along with the Deep, Dark, Verdant Forest are great examples of how far we’ve come from just a few years ago. It’s not just about the prettier pictures, it’s about the fact that these biomes are also performant in the way that they need to be in order to be the kind of places you will want to explore, and not just be backdrops to the action.

Players will be able to see more frequent elevation changes in the terrain as well. More hills means more places where enemies may be hiding – or, more places to hide from your enemies? 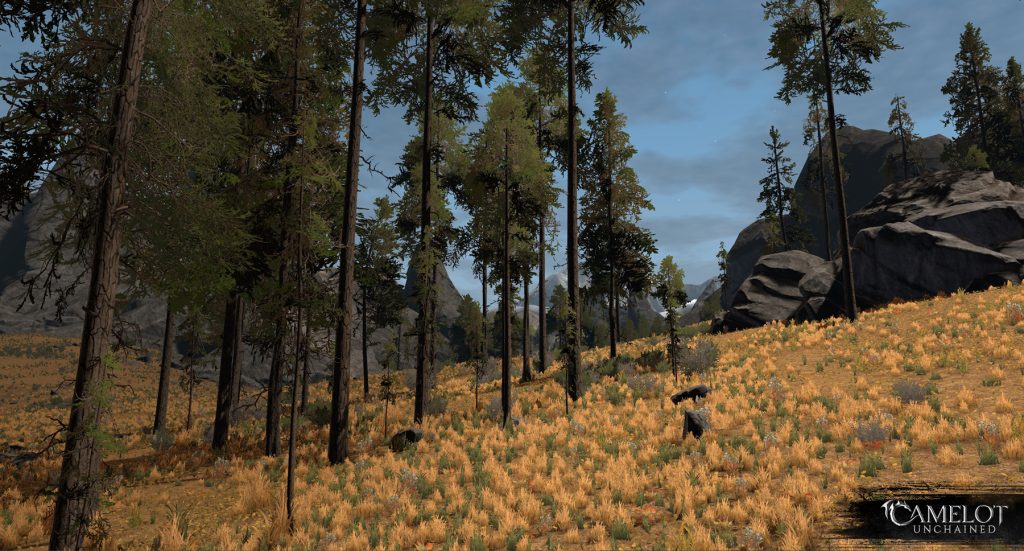 With all these updates plus the improvements to terrain manipulation and terrain LODs currently in progress, we look forward to pushing these environments even further. Jump into the next test to check out this month’s release for yourself, and stay tuned as we continue to build on our environment pipeline with more dynamic procedural zones.

Seeing what we have done to this biome has made me very, very happy. It also means we are getting ever closer to the point we can supplement our current art team with additional hires/contractors as we get closer to release.

Now that we are a few days into December, I want to say once again that I thank all of you for your support, patience, and feedback. More good stuff is coming, and as you can see from the biomes and quality of life improvements, we are focused on making a game that can come out sooner, rather than later. I hope everyone who sees this Top Tenish and our newsletter is excited about where we are right now and where we can go next year.

As I’ve been saying during the pandemic, I wish all of you and your families a safe month and hopefully we’ll come out of this pandemic as quickly and as safely as possible. Enjoy your weekend!