Welcome to the end-of-week update from all of us here at CSE! Tyler here, to tell you that we’ve had a very productive week, as can be seen in the number of highlights in our Top Tenish list! We have some really fun Beta 1 features we’re working on that deserve some extra attention when you check out the Top Tenish list. I’m personally excited about being able to craft and place items like boxes, tables, and doors, as well as siege engines, inside a building plot! Of course this will be a first pass, but it’s something we wanted to get a head start on, as it will inform performance improvements to buildings overall.

For any new Backers joining us recently, I’d like to take a step back and explain our update format. You can expect regular updates showcasing the week’s work from the team on both coasts. One of our pledges to you, our Backers, has always been open and honest communication in the production of Camelot Unchained.

We also continue to livestream some of the day-to-day work from various members of the team. The schedule for these streams can be found HERE. But wait, there’s more! Each week, we end with a “Wrap-Up” livestream to not only go over the Top Tenish, but also provide some time for live Q&A. If you missed today’s livestream with Mark, you can find that HERE.

With all of that said, let’s get into the week’s highlight’s in the form of our Top Tenish list!

Lots of cool highlights in this week’s Top Tenish! I’m (Tyler) very proud to be working with such a talented and clearly hard-working group of folks!

For art this week, we start off with a static image of Scott’s WIP of the Empath’s new ability, Agonizing Embrace. Our new abilities are a bit more dramatic with more VFX, so it may make more sense with the current description, “The Empath holds his head in his hands and writhes in agony as distortion ripples around him, restoring him and all nearby allies to full health, blood, and stamina. Nearby enemies take damage and are afflicted with disorient.” We’ll have an animation for you next week, but for now, you can see the frames go from idle to prepare, which leads into a crouched hold, from which his aoe “explodes” outward, and back to idle.

Scott has some great animation on the shaking fists I particularly loved in this work. Mike will have his work cut out for him when he works on the VFX! Next up, we have the updated styling on the trade window interface from James. 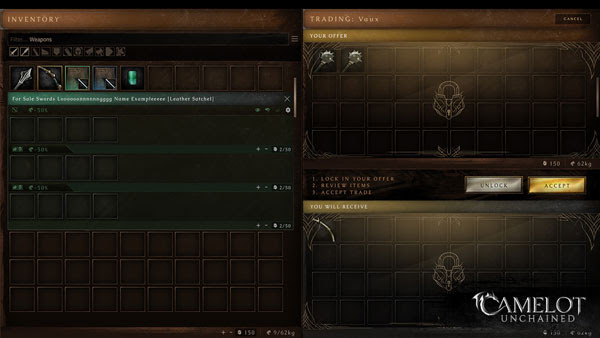 As mentioned above, Jon completed the update to the TDD heavy armor. You can catch his livestream HERE. 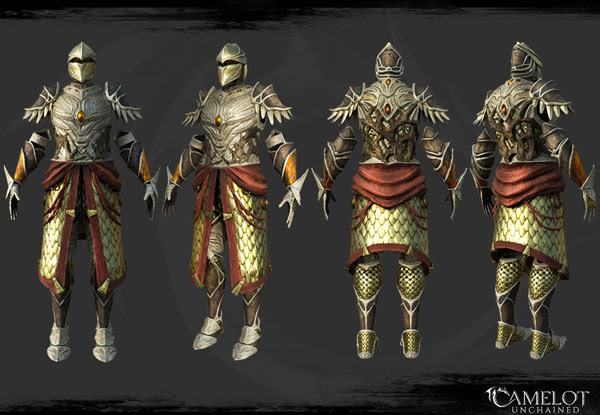 Much shiny! Michelle has been very busy, as is almost always the case. First up, we have various ideas for the pedestal at the center of the map, from which our “flag” item will spawn. 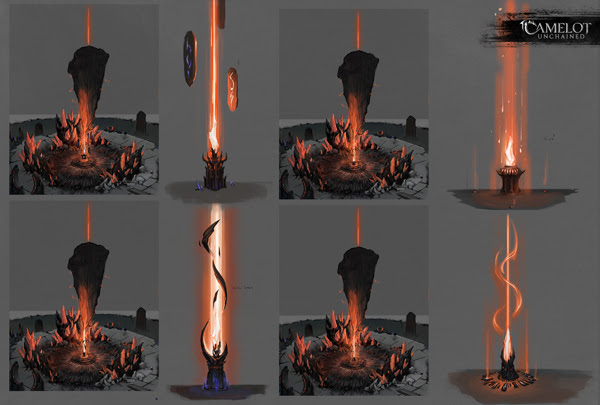 And next, we have two images encompassing different ideas for the control point dais and the accompanying “flag” receptacle that players will place the “flag” into. As you can see in these concepts, our “flag” may turn out to be a crystal, hence all the parentheses. 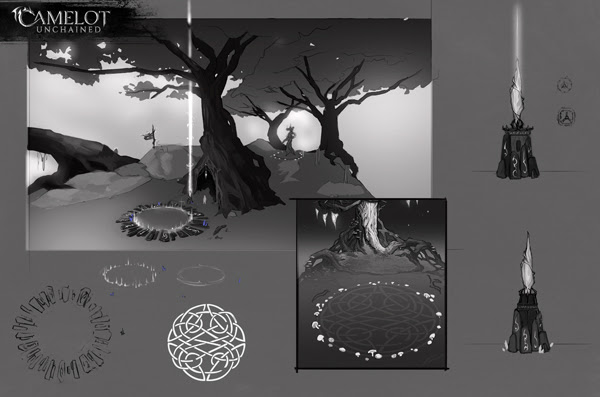 Special thanks this week to Ludovic, who sent us these awesome new mugs to add a bit of color to the office mug collection. Thank you very much, sir! 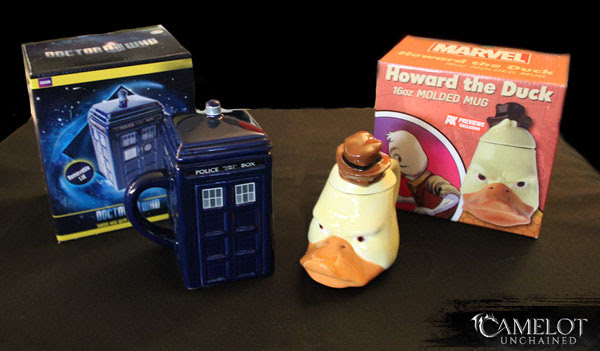 We also have a special announcement this week! Colin and his wife Krista welcomed a healthy baby girl into the world on April 2nd! We’re all waiting for her to join the team in eighteen years! 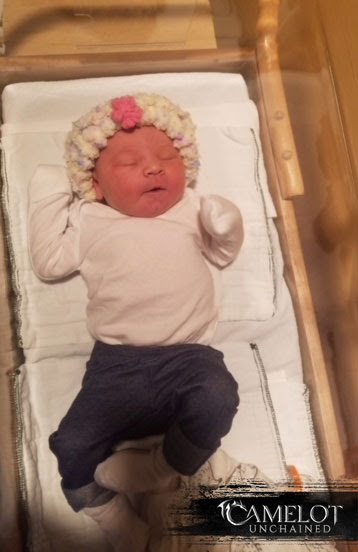 Congratulations from all of us at CSE!

On that very, very good note, let’s wrap things up here. Have a great weekend, everyone. CU next week for more testing as we push forward on scenario 2, which we’ve aptly named “Dragon Fang!”