We’ve had a solid week here, filled with a lot of progress in multiple areas! It felt really good earlier today when I (Tyler) said, “No, I’m not done with the Top Tenish, it’s a bit long.” We actually ended up with 20 items this week, which translates to a whole lot of work getting accomplished in a short period! Coming off of last week’s progress, this feels like a solid two-for-two for the team!

Mark was back in office this afternoon after a VERY VERY much-deserved vacation, resplendent in his vacation shirt on today’s stream. If you missed the stream, you can find it HERE.

We are not planning on running a test this weekend, mainly because so much code has been landing this week that it’s going to take us some time to get a solid build ready. However, please keep an eye on the tentative testing schedule next week, as the minute we get something hot off the presses to test, we’ll definitely let you know!

Let’s take a look at the week’s highlights, all twenty of them!

For art this week, we start off with a video render of work-in-progress greatsword animations from Scott. Once again, he mentioned how much he likes working with the new rig and how much faster his work has been going. For reference, check out the newsletter article from Scott HERE. One thing I’ve learned working with the animators and Ben (who did a bunch of research on medieval combat) is that the two-handed weapons are very tricky to animate–so I just love how smooth these animations are looking already!

Next up, we have the updated WIP models from Dionne of the TDD and Viking corpse chuckers, this time with an initial material pass. 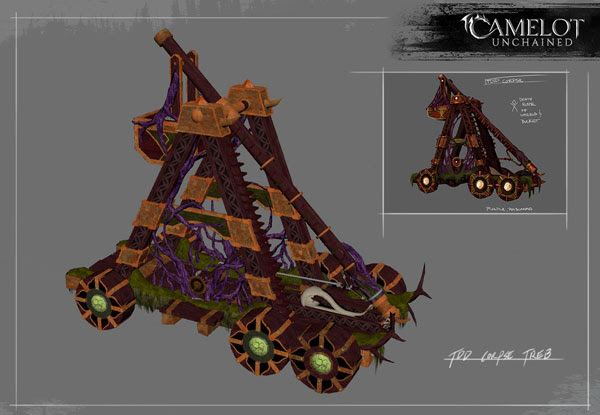 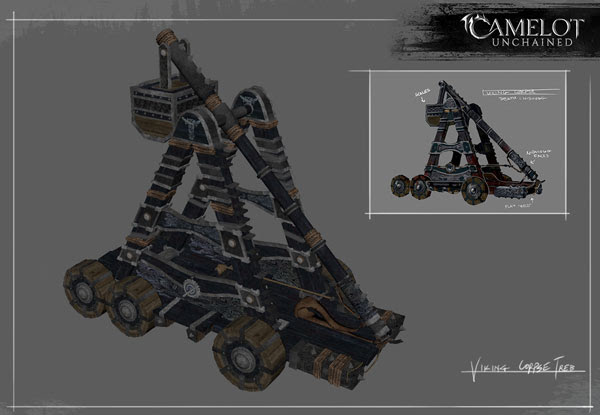 These corpse chuckers are a little bit bigger, or beefier if you will, than the trebuchets. I think they’ll be a good compliment, and a fun one, to sieges.

Let’s get the next image out of the way, as it’s relevant. Here’s the skins Jon created for our cow model. The dead version will be posed to be ammo in the chucker, and a bit later, will animate when flying through the sky! I think we’re all pretty excited about how fun this is going to be! 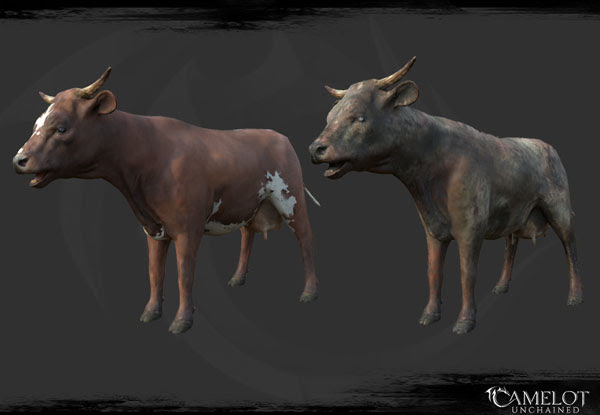 Let’s keep on this siege roll we have going here, and take a look at the concepts for the rams, this time with color and–depending on which update you last looked at–new versions. First image is all TDD, and then the second image is Viking on the left, and Arthurian on the right. 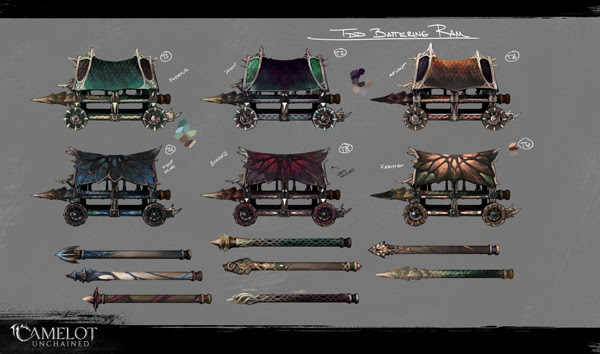 Last but not least, we have the Empath’s new gauntlet that Jon created earlier today. 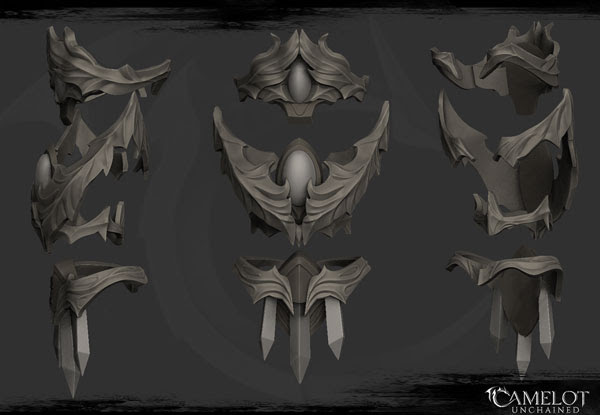 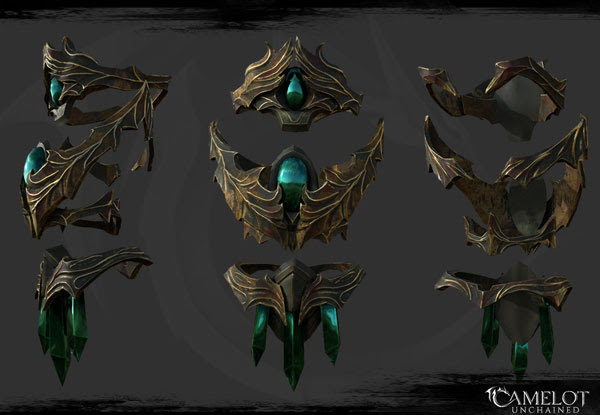 These gauntlets will act as focus items for certain classes. We had to do a bit of fun problem-solving to make these work, as they technically go into your weapon slot but take up a piece of armor on your character.

And that’s everything for art, and yes, everything for this week’s update, folks! As I said, it’s another great week full of solid progress, so it feels good to go into our Memorial Day holiday with a lot accomplished. For those of you that celebrate Memorial Day (and have it off), have a great three-day weekend. CSE will be back on Tuesday putting in the hard work that our Backers deserve.

In observance of Memorial Day, our gratitude goes out to those we have lost, and our condolences to the people whose lives they touched.