Welcome to the end of the week update from CSE! This week we’re so, so close to 20 items in our Top Tenish list, as progress ramps up on all the features we need to complete for the start of Beta 1. We had a lot going on this week, from improving current tech and art to creating all-new and exciting features and assets like placeable decorations on a plot, new animations, and new scenario gameplay and environments! We sum all that up below in our Top Tenish, and below that, you can find samples of our art for the week.

If you missed this week’s livestream wrap-up with Mark, you can find that HERE.

I know you’re probably thinking we didn’t have time for much else this week, but thanks to our CM Brian, we’ve continued testing on Scenario 2, the Dragon Fang map. We’ve continued making improvements and bug fixes on this map, culminating in a test this weekend!

If you’re confused about the times, you can go HERE. We’ll have another follow-up email going out with more info as well.

Remember that a lot of this work is still in progress, particularly the unfinished environment art and gameplay functionality. Check it out this weekend, help us find some bugs, and get ready for the next iteration next week!

For everything else, let’s move onto the week’s highlights!

Ooh, getting so close to that Top Twentyish!

For art this week, let’s start off with some still images of the work Scott has been doing as he updates the Black Knight’s sword and shield set. We’re trying to improve the look and feel of the animations with stronger, more dynamic posing and more contrast in the timing of abilities. The first image shows the updated basic mid slash attack, and the second, a new and improved shout!

As part of the process of taking new ability animation through to completion with VFX and SFX, Michelle provides some ideas to not only speed Mike up, but to also show how the new Realm-specific damage types may look in use. This also helps Michelle wrap her head around the visual language of all the abilities, so she can give each Realm its own style. 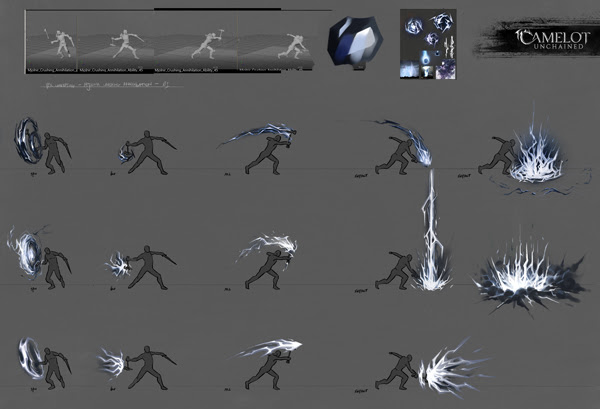 Here’s the approved concepts from Michelle for the Scenario 2 crystal spawn point, the NPC dais, and the crystal receptacle. You can catch her livestream of this work HERE. 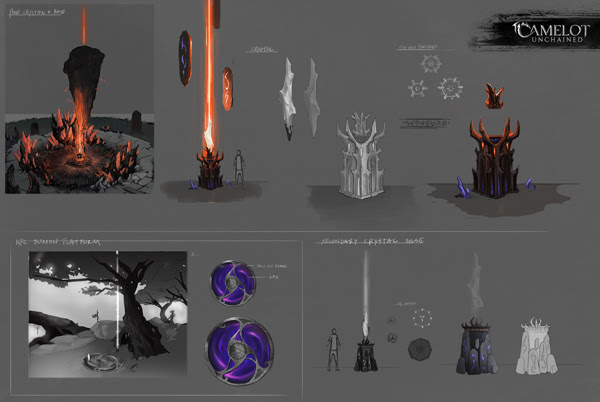 Jon began work on these assets this week. You can find his livestream HERE. Here we have the center crystal holder. 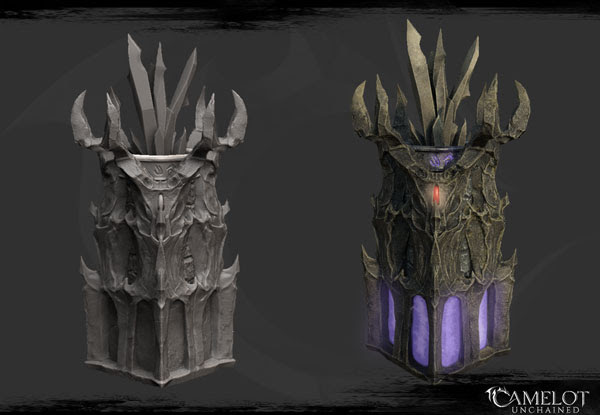 At the start of the week, Jon also finished the material update on the Fall Court armor for the TDD. 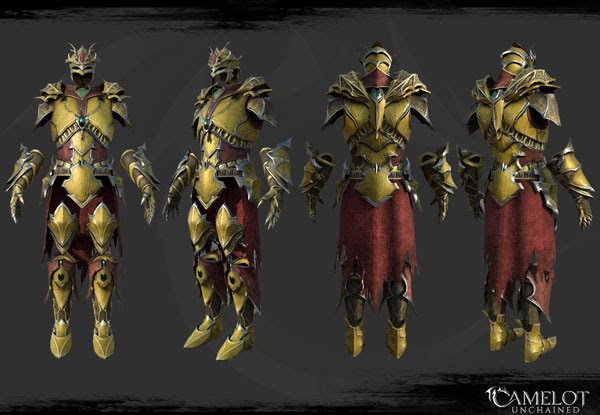 That’s all for us this week, and by all, I mean that’s a crap ton of work!

Big thanks to Poxer, who has been sending hats for Morning with Max hilarity! Here we have Dionne and Max facing off in two of these glorious chapeaus: 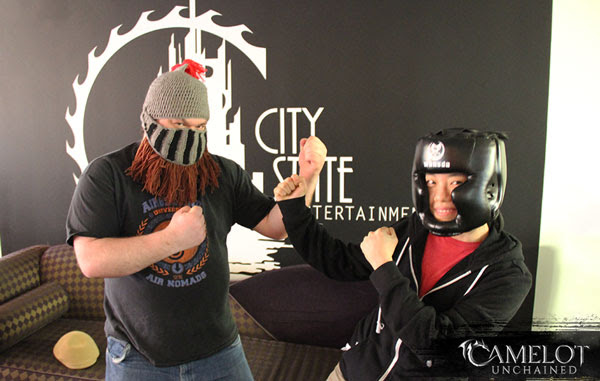 If you’re in this weekend’s test, good luck and have fun. For everyone else, have a great weekend, and we’ll CU next week! Thanks for your support!